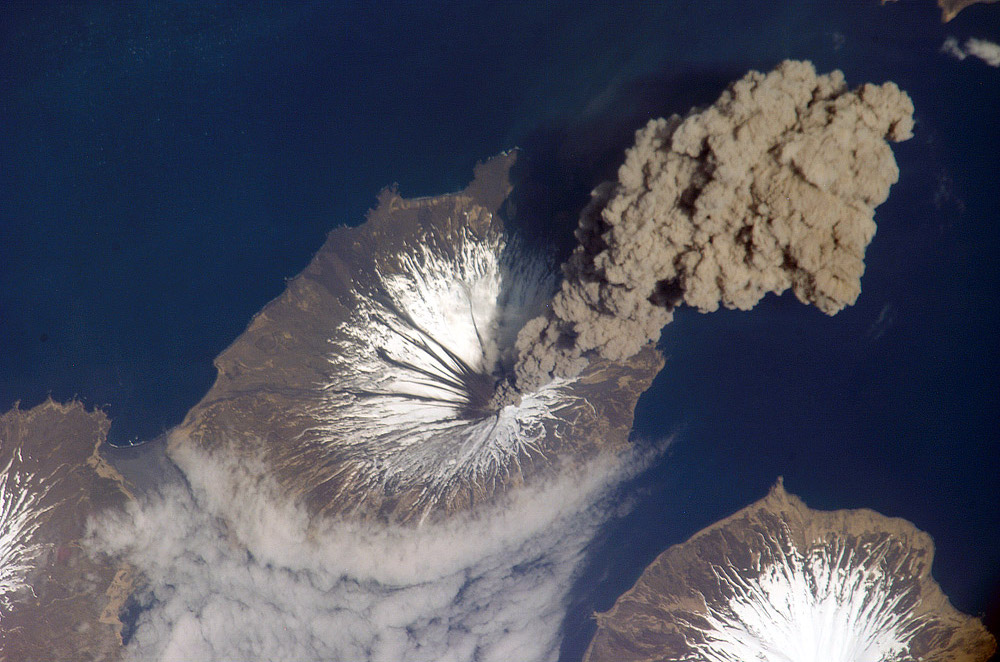 Alaskan volcano showing signs that a major eruption is underway

Experts are reporting that a volcano on a remote Alaskan island appears ready to violently erupt at any time. Since Wednesday, lava has been flowing in the summit crater of the Cleveland volcano, a 5,676-foot peak about 950 miles southwest of Anchorage.

According to the Alaska Volcano Observatory, the sight of lava is a sign of something more serious to come in the next days or possibly weeks.

Reuters is reporting that the Cleveland alert code has been raised to orange, which is one level below what is issued for a major, ongoing eruption that could cause major aviation hazards.

While the volcano has been rumbling and spitting out ash periodically over the last 15 years, the appearance of lava is an indication of much more intense activity building up below the surface.

Jeff Freymueller is a scientist at the University of Alaska and coordinates with the Alaska Volcano Observatory. He told Reuters that the lava “acts like a cap on Cleveland’s vent and there’s a good chance of a powerful explosion to blow off that cap.”

He explained how a massive ash cloud over the Cleveland volcano could disrupt commercial air traffic.

“Things that get to 30,000 feet, or even close to that, would start affecting trans-Pacific flights,” said Freymueller.

In 2001, the volcano shot out an ash cloud that reached as high as 40,000 feet. Since that time, ash has only reached up to about half that height.

“The problem is we can never be sure it won’t do something bigger,” said Freymueller. “We just have to keep watching and make sure we have the information out.”

The Cleveland volcano is one of the most active in the Aleutian Islands, and has erupted at least 22 times in the last 230 years.