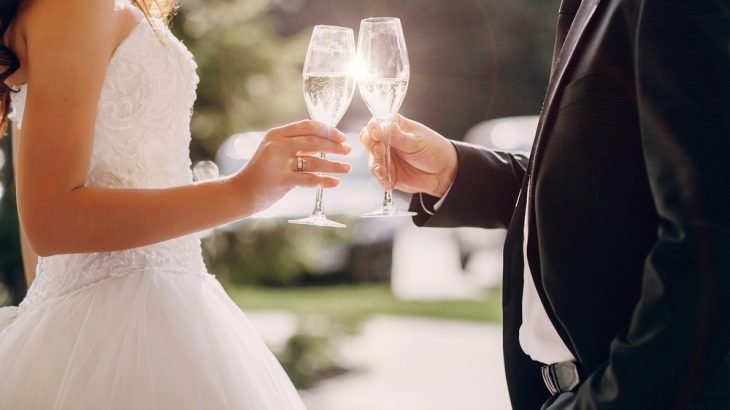 Who you marry – and whether or not you stay together – may be influenced by an alcohol consumption gene, a new study has found.

And that seemed to go beyond personal preference. The couples were found to have share variants of an alcohol consumption gene. The gene variant ADH1B is believed to influence whether someone is a light or heavy drinker.

Previous studies on couples’ drinking habits have relied on self-reported data, but this is the first to look at DNA.

“We wanted to disentangle the possibilities using a genetic approach,” Dr. Laurence Howe told the New Scientist. “This suggests that alcohol consumption directly influences mate choice, adding to the growing evidence that humans are more likely to select a similar mate.”

The study also discovered that one person’s drinking can affect how much their partner drinks. Each extra beverage one person consumed in a week was linked to a 0.26 increase in their partner’s alcohol consumption.

The alcohol consumption gene is linked to other factors that could also influence drinking, the researchers noted. ADH1B has been connected to being from a poorer socio-economic class.

A different variant of the alcohol consumption gene can dictate how strongly people feel the side effects of drinking, with heavier drinkers less likely to suffer from severe hangovers.

Heavy alcohol consumption has also been linked to cultural values of autonomy and harmony. However, drinking alcohol in large amounts has been linked to certain cancers, a variety of other illnesses, and injuries.

The study has been published in the journal bioRxiv.