Algae that support corals have been around since the dinosaurs • Earth.com 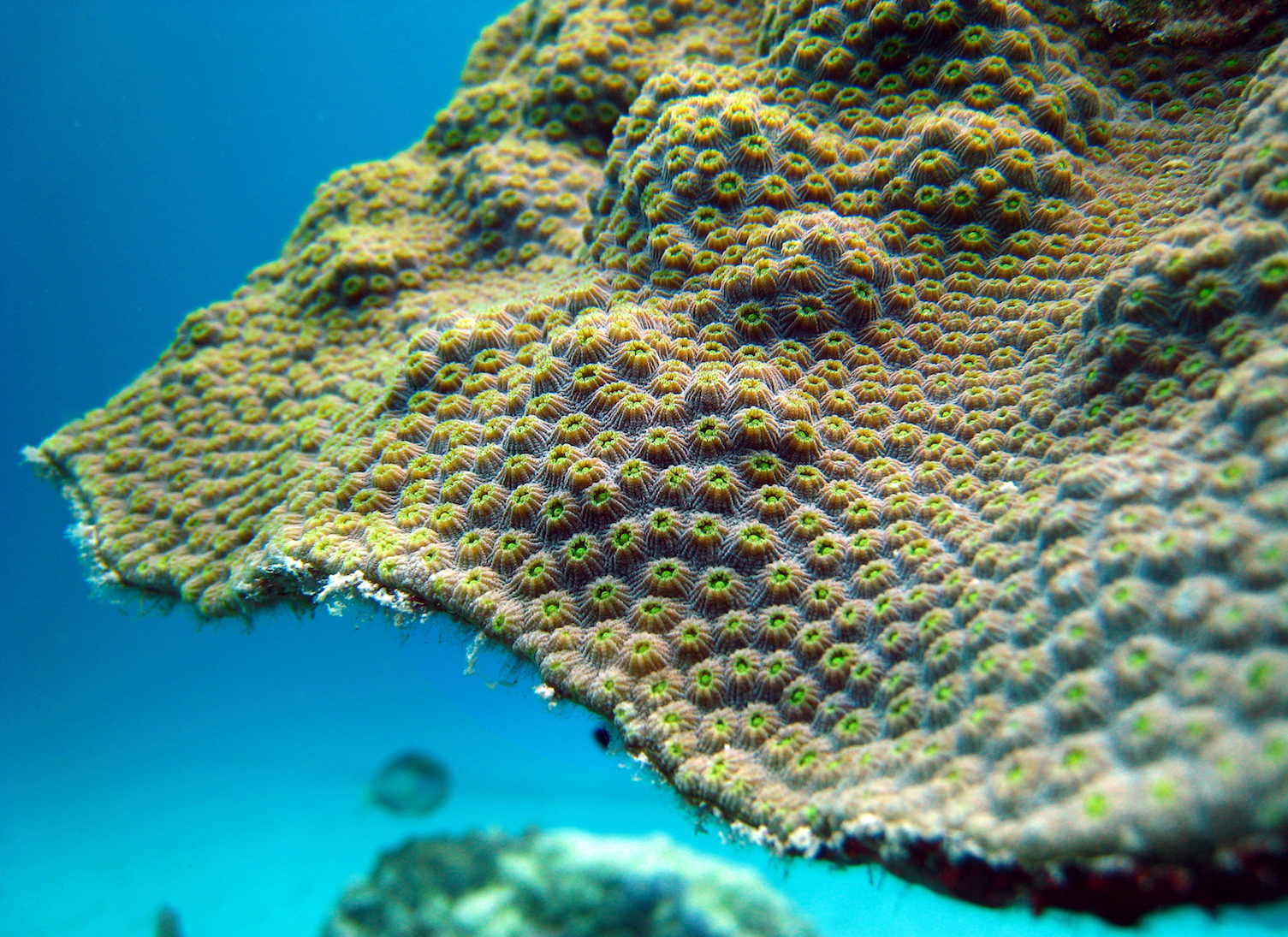 Algae that support corals have been around since the dinosaurs

Researchers from Pennsylvania State University have discovered that corals and the photosynthetic algae that enable them to construct reefs have maintained relationships that are much older and more complex than what was previously realized.

According to the study, these coral-algal partnerships have endured climate change events in the past, and many will survive the challenges of global warming that we face today.

“Past estimates placed the initiation of these symbiotic relationships at 50 to 65 million years ago,” said study co-author Professor Todd LaJeunesse.

“Our research indicates that modern corals and their algal partners have been entwined with each other for much longer – since the time of the dinosaurs, approximately 160 million years ago. During their long existence, they have faced severe episodes of environmental change, but have managed to bounce back after each one.”

The micro-algae, which are commonly called zooxanthellae, live inside the cells of corals and allow them to acquire energy from sunlight. This ultimately enables the corals to build massive reefs that are invaluable to some marine ecosystems.

“Finding that the origin of the algal symbionts corresponds to major increases in the abundance and diversity of reef-building corals implies that the partnership with Symbiodiniaceae was one of the major reasons for the success of modern corals.”

The team used genetic evidence such as DNA sequences and genome comparisons to calculate the approximate age of the micro-algae. They also used classical morphological techniques.

The study revealed that, in addition to being older, the algae family is far more diverse than what has been assumed.

Parkinson explained that some micro-algal symbionts have characteristics that make them more resilient to changes in the environment than others.

“The updated naming scheme offers a clear framework to identify different symbionts,” said Parkinson. “Accurate taxonomy (the identification and naming of species) is a critical step in any biological research.”

“This is especially true for studies attempting to understand how the partnership between reef corals and their micro-algae, which are needed for survival and growth, may adapt to climate change. For example, when many corals are exposed to high temperatures they lose their symbiotic algae and die. Others are far more tolerant of heat, and some of this resilience is based on the species of algae they have.”

Parkinson pointed out that the team has been working for almost a decade to modernize coral symbiont taxonomy in an effort to better inform researchers and advance future research on corals.

“Until now, studies on the physiology and ecology of these algae attempted to compare apples to apples,” said Parkinson. “Considering how different some of them are, we now recognize that often we were comparing apples to oranges. These changes will help researchers to think more accurately about the comparisons they are making in experiments.”