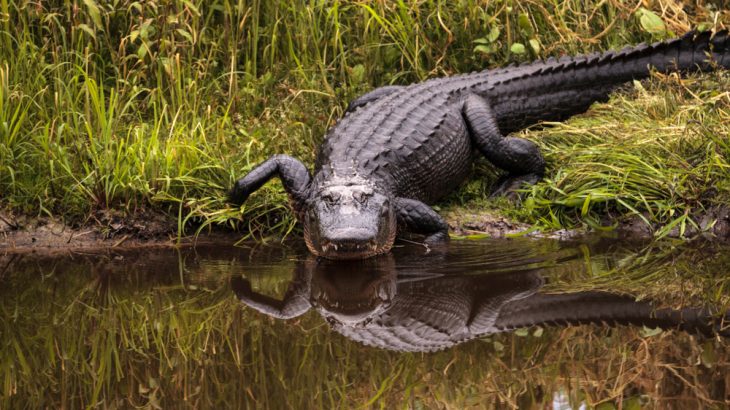 A new study into how alligators determine where sounds are coming from has revealed a surprise about the evolution of spatial hearing in reptiles and birds.

The shared common ancestor of alligators, other reptiles and their feathered cousins probably evolved spatial hearing – the ability to tell the location of a sound – independently of one another.

For more than a decade, Dr. Catherine Carr of the University of Maryland, College Park and Dr. Lutz Kettler of the Technische Universität München have studied how spatial hearing evolved in reptiles and birds.

“Mammals usually have large moveable ears, but alligators do not, so they have solved the problems of sound localization a little differently. This may also be the solution used by the alligator’s dinosaur relatives,” said Dr. Hilary Bierman, a co-author with Carr on the 2014 study.

Kettler, on the other hand, has studied how spatial hearing works in barn owls. Like alligators, barn owls have an interaural canal rather than external ears.

Now, working together, Carr and Kettler have analyzed how alligators determine the location of a sound. They found that their brains create a neural map to chart where a noise is coming from, much like barn owls and chickens – but unlike mammals.

As birds and reptiles are close relatives with a much more recent shared ancestor than either group shares with mammals, the similarities in how they analyze sound points to a separate evolution of spatial hearing, the researchers believe.

The study has been published in Journal of Neuroscience. Funding was provided by the National Institutes of Health.