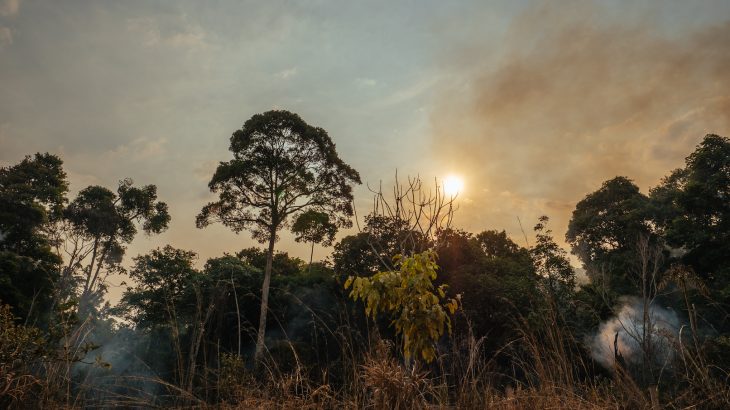 Researchers at Lancaster University have revealed that forest fires fueled by El Niño conditions in 2015 and 2016 may have resulted in three or four times greater carbon losses than previously realized.

Even though the area analyzed covers less than 0.2 percent of the Brazilian Amazon, these wildfires resulted in immediate CO2 emissions of over 30 million tons.

“These understory fires completely consumed leaf litter and fine woody debris, while partially burning coarse woody debris; resulting in high immediate CO2 emissions. This analysis covers an area of just 0.7% of Brazil, but the amount of carbon lost corresponds to 6% of the annual emissions of the whole of Brazil in 2014.”

In 2015, Santarém in the Brazilian state of Pará was one of the epicenters of an El Niño event, and experienced severe drought along with extensive forest fires.

Scientists from “ECOFOR,” an international research project led by Professor Jos Barlow of Lancaster University, had installed 20 study plots in Santarém and lost eight of them to the fire. The experts saw this as a great opportunity to document how forests may respond to fire of this magnitude.

A team led by Dr. Erika Berenguer found that average trees in burned areas of forest grew 249 percent faster than trees in forests hit by only drought, but not fire. While the growth rate is good news, the effect appeared to be a relatively short-term.

“Only a few trees can survive these wildfires, as Amazonian forests did not co-evolve with this threat,” said study co-author Professor Jos Barlow. “So even though surviving trees grow faster in burned forests, this does not compensate the large carbon loss that results from tree mortality.”

“With climate models projecting a hotter and drier future for the Amazon basin, wildfires are likely to become more widespread. The continued failure to consider wildfires in public policies will lead to shorter fire-return intervals, with forests being unable to recover their carbon stocks.”

The study is published in the Philosophical Transactions of the Royal Society B.