Americans are cutting back on meat consumption, study shows • Earth.com 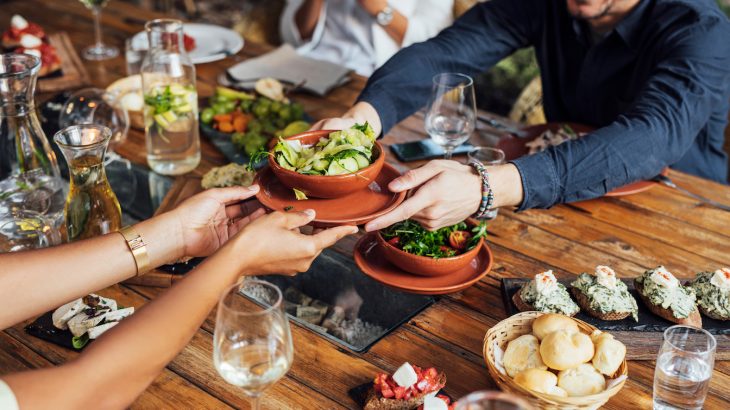 Americans are cutting back on meat consumption, study shows

Americans are eating less red and processed meat according to a recent study that has been published in the journal Public Health and Nutrition.

The study is the first of its kind to look at how Americans decide which foods to eat when looking to cut back on meat for a specific purpose.

Researchers from the John Hopkins Center for a Livable Future conducted the study which included a consumer survey of 1,112 adults, age 18 or over, in the United States.

Two out of three participants in the survey said they were working to cut down meat either for health reasons or because it was cheaper.

“Many Americans continue to have strong preferences for meat, but this survey adds to a growing body of evidence that a significant portion of the population may be purposefully reducing their meat consumption without becoming vegetarian or vegan,” said Roni Neff, the lead author of the study in a John Hopkins Hub news piece. “We hope our findings will be useful for the development of awareness campaigns and other interventions geared toward helping consumers reduce their meat consumption in a way that is good for their health, their grocery budgets, and the environment.”

The United States is a country with some of the highest levels of meat consumption in the world, and it’s second only to Australia, according to the Daily Mail.

However, many health officials have been recommending that people cut down on meat, particularly processed and red meat for a variety of health reasons.

Not only that, but the meat industry is one of the biggest contributors to greenhouse gas emissions and cutting back on meat is an easy way to reduce a person’s carbon footprint.

Regardless, only 12 percent of the survey respondents said their meat choices were influenced by environmental concerns.

The John Hopkins researchers asked participants about their meat consumption over the past few years and reducing meat consumption correlated with eating less red meat, processed meat, and other meats and seafood over three years.

One of the biggest drivers of reducing meat consumption was income, as households with lower incomes had the highest likelihood of cutting back meat and finding other alternatives for proteins and meal variety.

However, meat prices are currently dropping and so meat consumption may increase in the future as a result.

But the researchers are confident that the study shows that people are working to cut back meat and that public health campaigns about the health risks associated with red meat and high meat consumption are effective.

“Our survey results suggest that public health messages on the benefits of reducing red and processed meat consumption may be reaching and resonating with many U.S. consumers, but more work remains to be done,” said Neff. “Priorities for meat reduction campaigns should include addressing common misperceptions about meatless meals, and promoting alternatives that consumers enjoy and that are affordable, healthy, and environmentally friendly.”