Ancient Civilization forced to relocate due to climate change • Earth.com 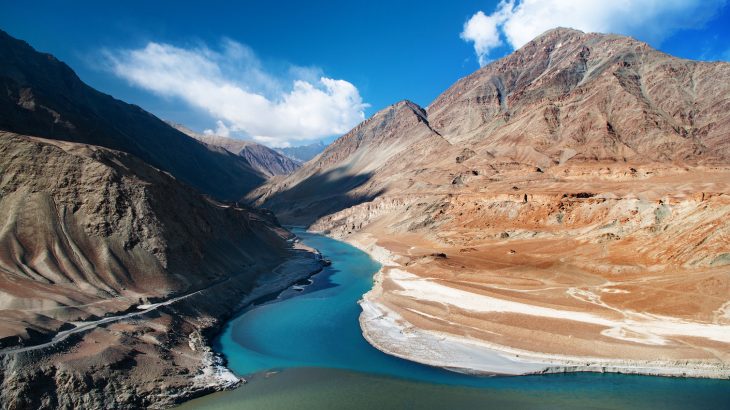 Ancient Civilization forced to relocate due to climate change

The Harappa Culture, also known as the Indus River Valley Civilization, was yet another ancient civilization taken down by climate change, according to a new study.

Over 4,000 years ago, the Harappa culture was thriving along the Indus River Valley in what is now modern Pakistan and northwestern India.

Ancient Harrapan cities were sophisticated and archeologists have even found evidence of trading between Harappan cities and settlements in Mesopotamia.

However, by 1800 BCE, the civilization shifted, and settlements were formed along Himalayan foothills leaving the once sprawling cities abandoned.

Past studies could only speculate on the reasons for this move, but now, a new study conducted by researchers from the Woods Hole Oceanographic Institution shows that climate change was most likely to blame.

The study was published in the journal Climate of the Past.

The researchers studied sediment along the floor of the Arabian Sea off the coast of Pakistan, specifically focusing on foraminifera shells which are single-celled plankton.

Finding clues of what the climate was like in the soil is difficult, but the ocean floor is a vast treasure trove of climate records dating back millions of years.

The foraminifera fossils indicated what season it was when the shell was formed and the researchers could then piece together clues about the climate based on the components of the sediment sample.

“The seafloor near the mouth of the Indus is a very low-oxygen environment, so whatever grows and dies in the water is very well preserved in the sediment,” said Liviu Giosan, the lead author of the study. “You can basically get fragments of DNA of nearly anything that’s lived there.”

After analyzing the sediment samples, the researchers found winter monsoons along of Indus River grew stronger while summer monsoons weakened towards the end of the Harappa Civilization’s time span.

This would have put stress on agriculture and likely prompted people to move to a dependable source of water.

“Although fickle summer monsoons made agriculture difficult along the Indus, up in the foothills, moisture and rain would come more regularly,” said Giosan. “As winter storms from the Mediterranean hit the Himalayas, they created rain on the Pakistan side, and fed little streams there. Compared to the floods from monsoons that the Harappans were used to seeing in the Indus, it would have been relatively little water, but at least it would have been reliable.”

The researchers aren’t sure if the Harappans transitioned to the Himalayas in one mass migration or if it was an event that took centuries, but one thing for sure is that climate change had a major hand in the decline of the Harappa civilization.

“It’s remarkable, and there’s a powerful lesson for today,” said Giosan. “If you look at Syria and Africa, the migration out of those areas has some roots in climate change. This is just the beginning–sea level rise due to climate change can lead to huge migrations from low lying regions like Bangladesh, or from hurricane-prone regions in the southern U.S. Back then, the Harappans could cope with change by moving, but today, you’ll run into all sorts of borders. Political and social convulsions can then follow.”