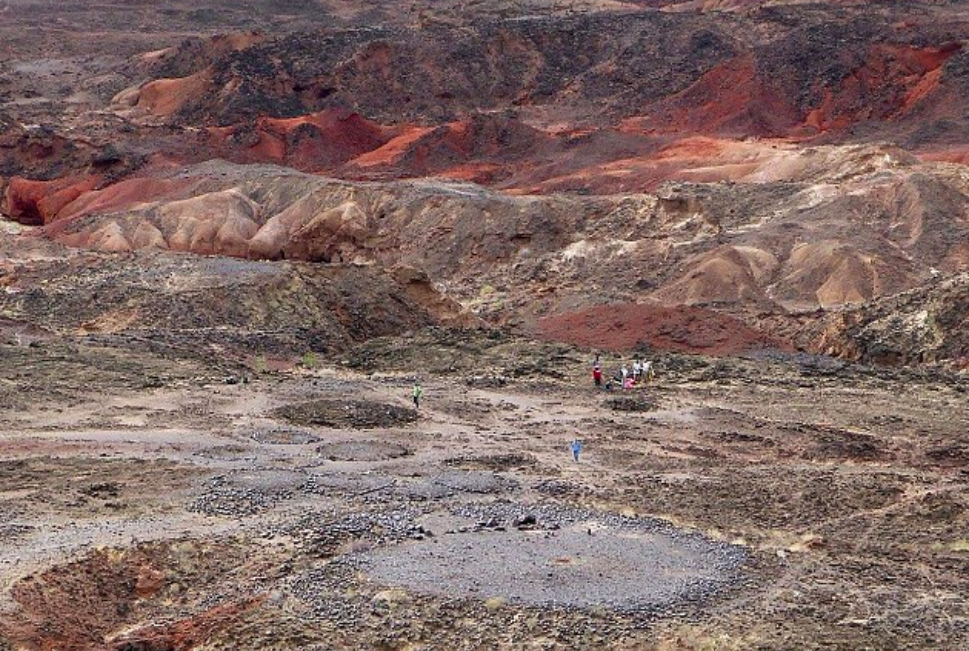 The largest monumental cemetery ever discovered in eastern Africa has now been uncovered by an international research team. The Lothagam North Pillar Site near Lake Turkana in modern-day Kenya was a communal site that was built around 5,000 years ago.

The remains of at least 580 men, women, and children suggest that they were engaged in an egalitarian society without a social hierarchy.

The development of such a massive public project by “mobile pastoralists” contradicts the idea that a complex social structure was required for the construction of large public monuments.

The research team, which included researchers from Stony Brook University and the Max Planck Institute for the Science of Human History, determined that the cemetery was used for several centuries between 5,000 and 4,300 years ago.

A platform that was about 98 feet in diameter was built over a large, excavated hole where the bodies were buried. The cavity was filled and capped with stones, followed by megalith pillars.

According to the researchers, all of the individuals that were buried – from infants to the elderly – were placed in the same area. The distribution of personal ornaments was also evenly distributed, suggesting that everyone in this particular society was considered to be equal.

“This discovery challenges earlier ideas about monumentality,” said study co-author Elizabeth Sawchuk. “Absent other evidence, Lothagam North provides an example of monumentality that is not demonstrably linked to the emergence of hierarchy, forcing us to consider other narratives of social change.”

Ancient monuments have long been considered to be indicators of complex societies with distinct social classes. In this case, however, the cemetery shows no evidence of a rigid social hierarchy.

“The monuments may have served as a place for people to congregate, renew social ties, and reinforce community identity,” said study co-author Anneke Janzen. “Information exchange and interaction through shared ritual may have helped mobile herders navigate a rapidly changing physical landscape.”

“The Lothagam North Pillar Site is the earliest known monumental site in eastern Africa, built by the region’s first herders,” said study leader Elisabeth Hildebrand. “This finding makes us reconsider how we define social complexity, and the kinds of motives that lead groups of people to create public architecture.”