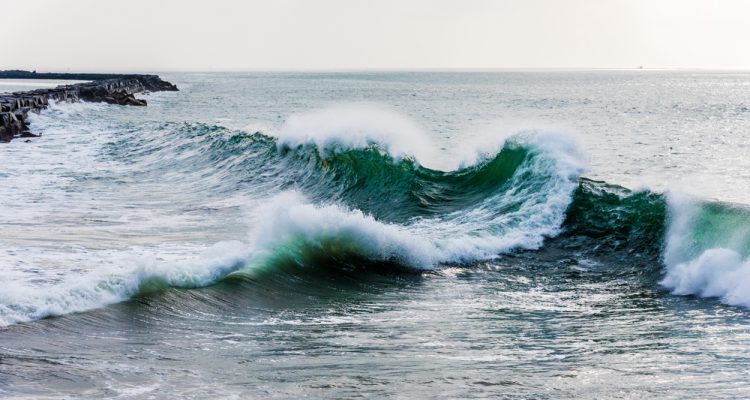 Today, the town of Blythe, California is in an inland desert. It’s a far cry from 5 million years ago, when the geological record of ancient ocean tides shows the Colorado River flowed into the Gulf of California in that place, according to a new study.

A team of University of Oregon geologists traveled to the town near the Arizona border to study the sedimentary rock along valley that houses the Colorado River.

They found that Blythe was once beachfront property. The layers of sediment aren’t even. Instead, the layers vary rhythmically, pointing to tides ebbing and flowing and shifting the sediment deposits in the process, the researchers said.

A number of the desert rocks near Blythe, particularly the Bouse Formation. The rock formation is awash with tidal features, according to geologists. They’ve long suspected that the Bouse Formation would hold clues to prehistoric water flows in the region.

Now, the new research shows it was probably once underwater – specifically, under the northern end of the Gulf of California, which now begins south of the U.S-Mexico border.

Previously, scientists believed that it was under one of a series of freshwater lakes, said Brennan O’Connell, a graduate student at the University of Oregon and lead author of the study. The new evidence of the motion of ancient ocean tides in the layers of rock is one of just several clues indicating the gulf once stretched much farther north.

Another piece of evidence that’s in the geological record: uplift, the slow, vertical raising of the Earth’s surface, the researchers said. The former sea floor is approximately 1,082 feet higher these days than it was 5 million years ago, O’Connell said.

The new geological study confirms a theory paleontologists have put forward for years. The fossil record experts have found remnants of saltwater creatures in the area for more than 50 years, but geologists who supported the freshwater lake hypothesis believed birds of prey must have carried them to the region, the researchers said. The new evidence that the saltwater gulf stretched from the ocean north to the Blythe area fits better with that fossil record.

Sedimentary deposits look very different when ocean tides play a role in their formation versus lake waters, the researchers said. They also used mathematical analyses to back up their findings.

The study was shared online and will be published by the journal Geology.