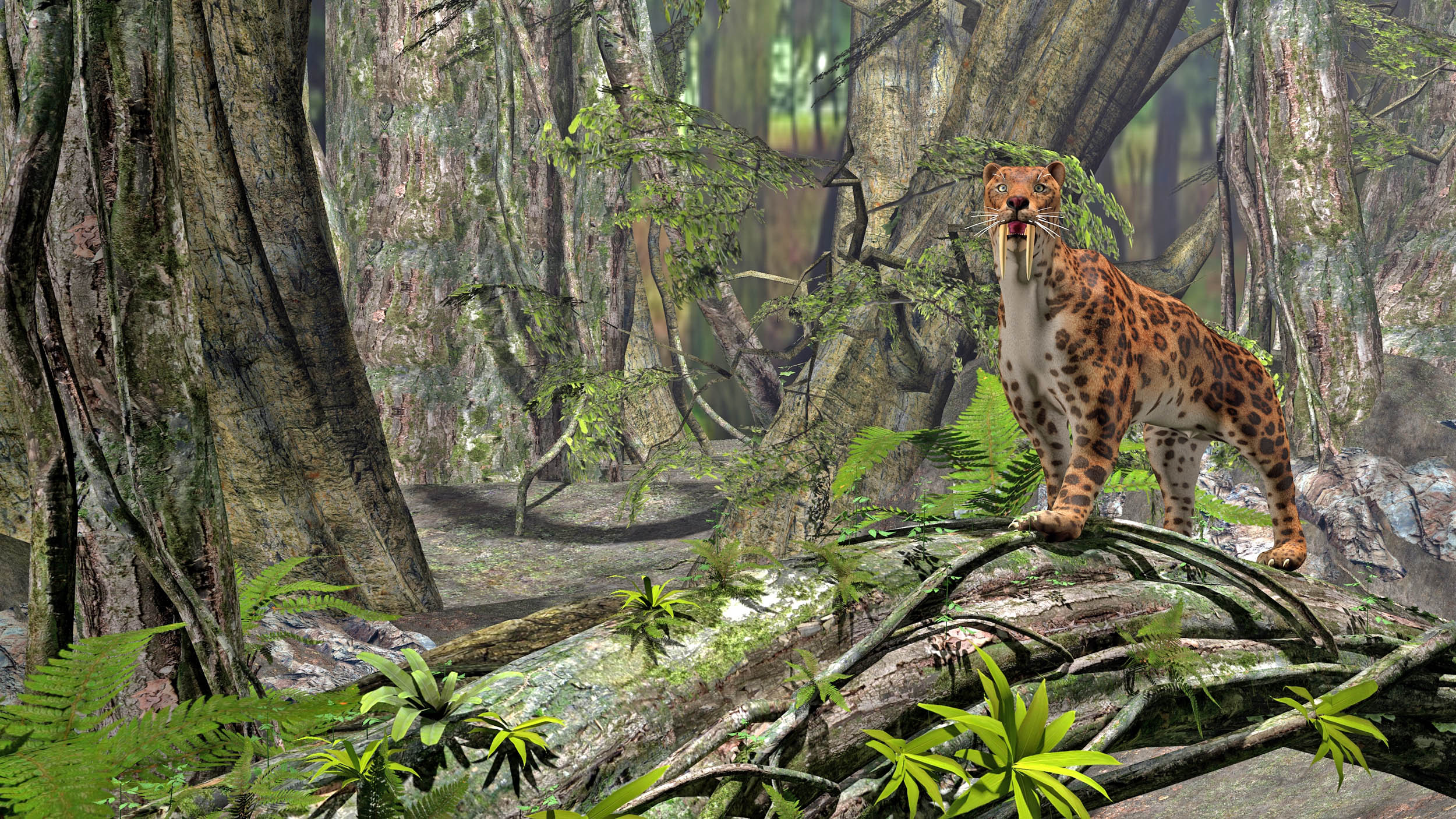 MEOW! Meet an ancient sabertooth cat the size of a polar bear.

Discovery of an ancient skull in northwestern China has offered new information about a prehistoric sabertooth cat that was roughly the size of a polar bear, according to scientists.

Machairodus horribilis lived during the Late Miocene, about 5.3 to 11.6 million years ago, said the researchers from the Chinese Academy of Sciences, who rediscovered the fossil that was originally found in the Longjiagou Basin but left in storage for decades.

The skull is about 15.7 inches long, indicating the ancient sabertooth cat was a little over 10 feet long and weighed about 892 pounds, according to researchers’ findings. 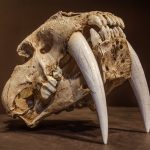 However, despite its enormous size, M. horribilis most likely hunted smaller prey than later prehistoric sabertooths like Smilodon, a younger Ice Age cousin. Though M. horribilis had long, serrated fangs, it was unable to open its mouth as widely.

M. horribilis, which lived about 8.3 million years ago, would only have opened its mouth to about a 70 degree angle, similar to modern lions. The skull also showed some cranial characteristics that in some ways are more similar to pantherine species than later sabertooths, researchers said.

Preservation of the skull allowed the scientists to determine where muscles would have attached and reconstruct the large cat’s bite.

Despite its large bite, the scientists believe M. horribilis was still a successful hunter, able to overpower its prey with its enormous size.

The research team asserts that the rediscovery offers scientific support for the theory of mosaic evolution: the idea that some body parts or systems evolve independently of others and at different rates across related species.

M. horribilis appears to have grown larger in size than other, related machairodont (sabertooth) cats which evolved a wider bite that allowed them to hunt larger prey, according to the study published in the journal Vertebrata PalAsiatica.