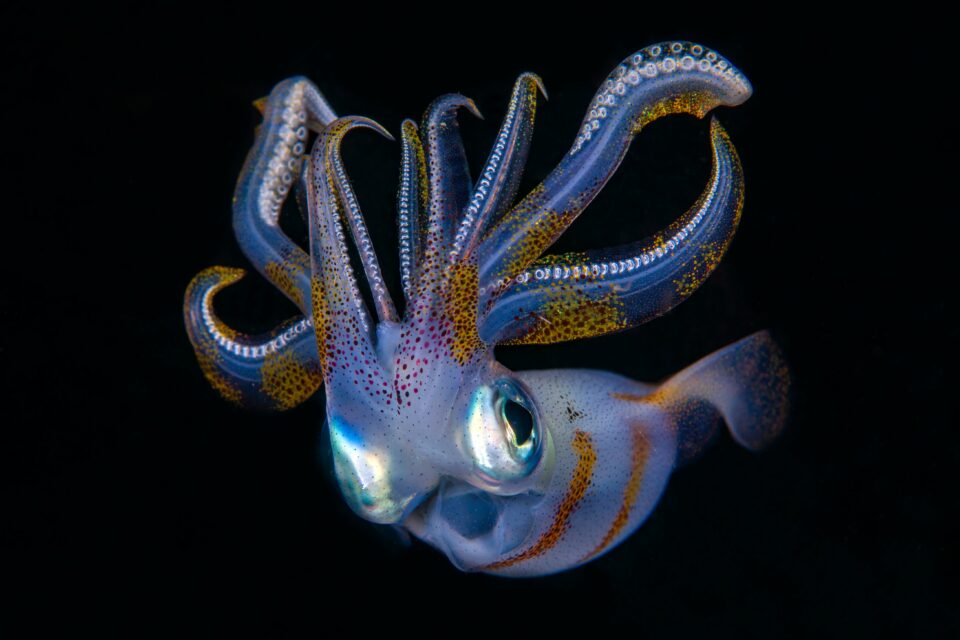 Vampyronassa rhodanica was a cephalopod, a member of the group that includes cuttlefish, octopuses, squid and the nautilus. V. rhodanica is also an ancient extinct relative of the more famous vampire squid (Vampyroteuthis infernalis) which lives in deep, dark pockets of the ocean, rarely seen by human eyes.

Now, researchers have analyzed the fossilized remains of V. rhodanica. The study, published in the journal Scientific Reports, looks at the extinct squid’s tentacles, which evolved for active hunting, unlike its extant relative.

Until now, little has been known about the body – much less the life history – of V. rhodanica. Unlike bodies with hard skeletons, the fossilized remains of cephalopods (besides those with shells) are hard to find.

Alison Rowe led a research team to analyze a rare, well-preserved V. rhodanica fossil from the La Voulte-sur-Rhône (Ardèche, France). The 10-centimeter specimen, which was 164 million years old, had a classic squid shape. The scientists used non-invasive 3D imaging to look more closely at the fossil.

The researchers found that V. rhodanica had similar suckers to the living vampire squid, in that both lack teeth in their suckers. However, modern vampire squids lack robust suckers on the end of their specialized long dorsal arms, which V. rhodanica clearly had.

The scientists hypothesize that these suckers were used like modern suckers – to create a watertight seal to grab and hold prey firmly in the tentacles. Because of these suckers, as well as sensory appendages used for detecting prey, the research team thinks this was an active predator.

By contrast, the modern vampire squid has evolved to a slow moving life deep in the dark, cold ocean where little oxygen is available. During their sedentary lives, vampire squids simply grab whatever food floats their way, making them more opportunistic in nature than their extinct relatives.