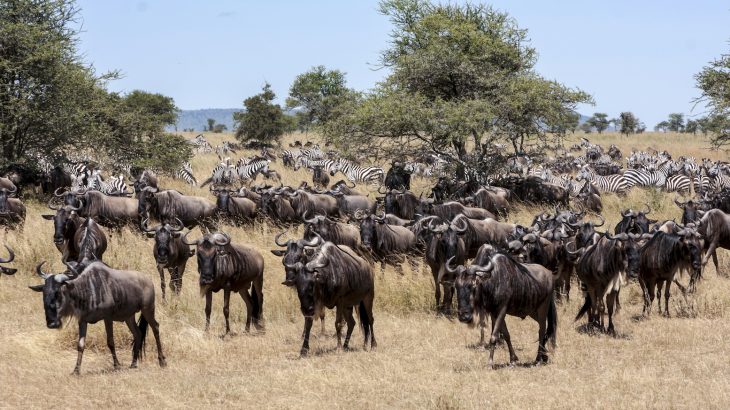 A new study from Yale University is revealing how much wild animals can affect the capacity of a region to store carbon. According to the researchers, the ability of a landscape to absorb, release, or transport carbon is greatly influenced by the presence of wild animals.

After reviewing a collection of research, the experts determined that animals can increase or decrease rates of biogeochemical processes by 15 to 250 percent or more. The researchers argue that failure to account for the role of animals can undermine the accuracy of ecosystem carbon budget estimates.

Study lead author Oswald J. Schmitz is the Oastler Professor of Population and Community Ecology at the Yale School of Forestry & Environmental Studies.

“Some of us have been saying for a long time that it’s not just animal abundance that matters but what these animals do that is important,” said Schmitz. “We’re finally to the point that there’s some pretty strong evidence to support these ideas.”

Previous studies have demonstrated that animal abundance can cause major shifts in the carbon storage capacity of ecosystems. In some cases, an ecosystem transitioned from a significant source of carbon emissions when animals were not abundant to a carbon sink when animal populations were restored.

Large mammals play critical roles in the vitality of tropical forests through activities such as seed dispersal by frugivores and the support of plant production by herbivores. One particular study found that a 3.5-fold increase in the number of mammal species can increase carbon retention by 230 to 400 percent.

In other ecosystems, however, grazing herbivores can be detrimental to the landscape’s carbon storage capacity. For example, an abundance of caribou and muskox in the Arctic or moose in boreal forests can decrease CO2 uptake and storage by up to 70 percent.

Human activities such as poaching and overfishing are increasingly affecting these relationships. Study co-author Professor Chris Wilmers explained that humans have played a huge role in shaping animal communities, from the composition of species to the distances, directions, and speeds at which they move across landscapes.

“If we want to understand how our impacts on and/or management of animal populations scale up to influence ecosystem wide carbon cycling then we need tools that allow us to link the things animals do to their ultimate consequences on the carbon cycle,” said Professor Wilmers.

The researchers offered insights into how researchers could combine animal ecology, ecosystem modeling, and remote sensing to more accurately predict and manage carbon cycling across ecosystems.

Study co-author Scott Goetz is a professor at Northern Arizona University who has conducted satellite remote sensing research for more than three decades.

“We show the effects of animals are large and important, but also that remote sensing can greatly inform what we know about how animals alter ecosystems through time, whether appropriating biomass through herbivory or trampling or enhancing productivity through nutrient and seed dispersal,” said Professor Goetz.

“New remote sensing technology, like the GEDI Lidar instrument launched this week to the International Space Station, will help us do a much better job of capturing the influence of animals on plant biomass and productivity dynamics.”