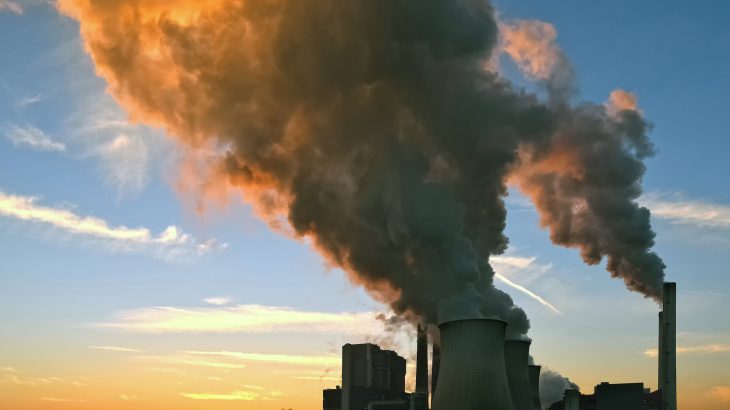 According to researchers at the University of East Anglia (UEA) and the Global Carbon Project, global carbon emissions will hit an all-time high in 2018. The total worldwide emissions from burning fossil fuels is projected to reach 37.1 billion tons of CO2 this year.

The anticipated rise of more than two percent can be attributed to sustained growth in the use of oil and gas and to an increase in the use of coal for the second year in a row.

The research team says that energy trends are changing and that there is still time to address climate change, but only if efforts to curb carbon emissions expand rapidly throughout all sectors of the economy.

“We need strong policy and economic support for rapid deployment of low carbon technologies to cut emissions across the energy and transport sectors, from buildings and from industry,” said lead researcher Professor Corinne Le Quéré.

“Energy trends are changing rapidly, with coal use decreasing in many parts of the world and still below its 2013 level globally, and an explosion in wind and solar energy. But while renewables are rising fast, it is not yet enough to reverse global emissions trends. The rapid actions needed to address climate change also need to be fair to all generations.”

This will be the second consecutive year of rising CO2 emissions, after three years of little-to-no growth from 2014 to 2016. In 2018, the 10 biggest carbon emitters are China, the United States, India, Russia, Japan, Germany, Iran, Saudi Arabia, South Korea, and Canada. Representing a region of countries, the EU ranks third. 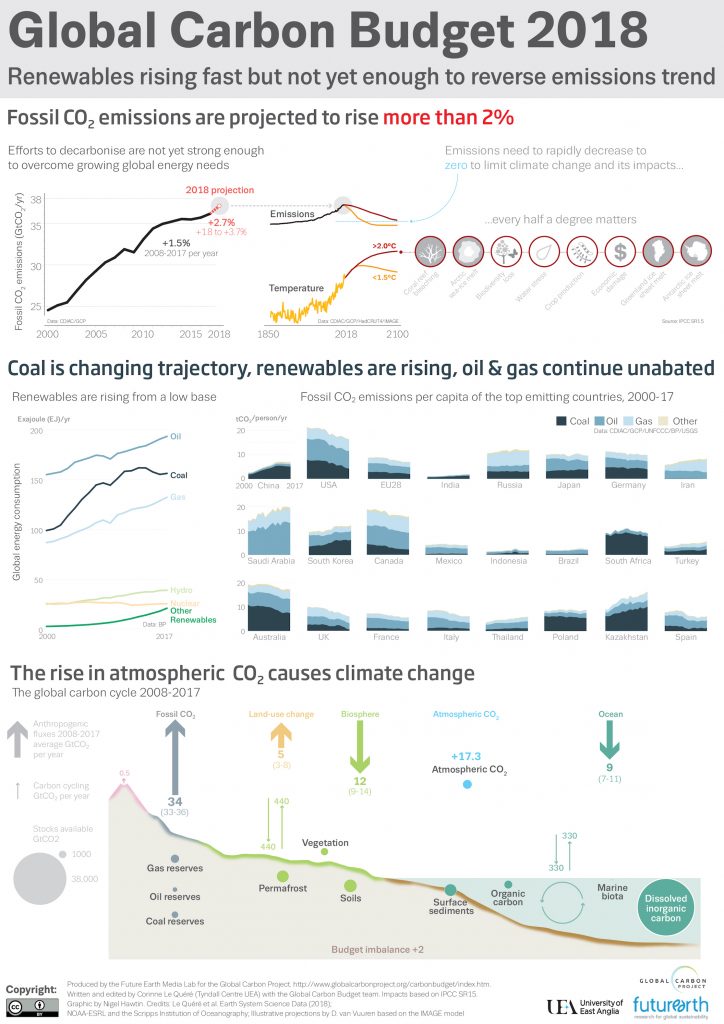 “We are seeing a strong growth of global CO2 emissions once again,” said Professor Le Quéré. “Emissions need to peak and rapidly decrease to address climate change. With this year’s growth in emissions, it looks like the peak is not yet in sight.”

“To limit global warming to the Paris Agreement goal of 1.5°C, CO2 emissions would need to decline by 50 per cent by 2030 and reach net zero by around 2050. We are a long way from this and much more needs to be done because if countries stick to the commitments they have already made, we are on track to see 3°C of global warming.”

“This year we have seen how climate change can already amplify the impacts of heatwaves worldwide. The California wildfires are just a snapshot of the growing impacts we face if we don’t drive emissions down rapidly.”

The report is a further call to action for representatives from almost 200 countries attending the UN Climate Change Conference (COP24), which is taking place this week in Katowice, Poland.