Antarctic ice sheets once retreated by 50 meters a day • Earth.com 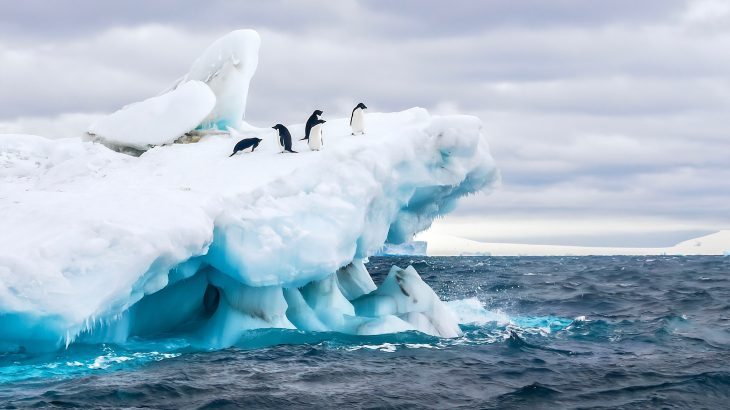 At the end of the last Ice Age, Antarctic ice shelves along the coastline retreated at a rate of 50 meters per day. This is about ten times faster than the maximum observed rates of ice retreat today.

The study was led by the Scott Polar Research Institute at the University of Cambridge as part of the Weddell Sea Expedition.

The researchers set out to estimate how quickly Antarctic ice retreated about 12,000 years ago, as the Earth emerged from the Pleistocene Epoch.

When the ice sheets began to float, wave-like ridges were imprinted in the seafloor sediment as the ice moved up and down with the tides. The experts analyzed patterns in these ridges using high-resolution images that were acquired using an autonomous underwater vehicle (AUV).

“By examining the past footprint of the ice sheet and looking at sets of ridges on the seafloor, we were able to obtain new evidence on maximum past ice retreat rates, which are very much faster than those observed in even the most sensitive parts of Antarctica today,” said study lead author Professor Julian Dowdeswell.

The use of drones, satellites and AUVs enabled the researchers to study ice conditions in the Weddell Sea in unprecedented detail. The goal was to investigate the past and present flow of the ice shelves that make up about 75 percent of the Antarctic coastline.

“By examining landforms on the seafloor, we were able to make determinations about how the ice behaved in the past,” said Professor Dowdeswell. “We knew these features were there, but we’ve never been able to examine them in such great detail before.”

Based on the analysis of seafloor ridges that date back to the end of the last ice age, the team estimated that the ice was retreating as much as 40 to 50 meters per day, or more than 10 kilometers per year.

By comparison, even the fastest-retreating glaciers in Antarctica today are melting at a rate of about 1.6 kilometers per year.

“The deep marine environment is actually quite quiet offshore of Antarctica, allowing features such as these to be well-preserved through time on the seafloor,” said Professor Dowdeswell.

“We now know that the ice is capable of retreating at speeds far higher than what we see today. Should climate change continue to weaken the ice shelves in the coming decades, we could see similar rates of retreat, with profound implications for global sea level rise.”