Climate change is turning the coast of Antarctica green • Earth.com 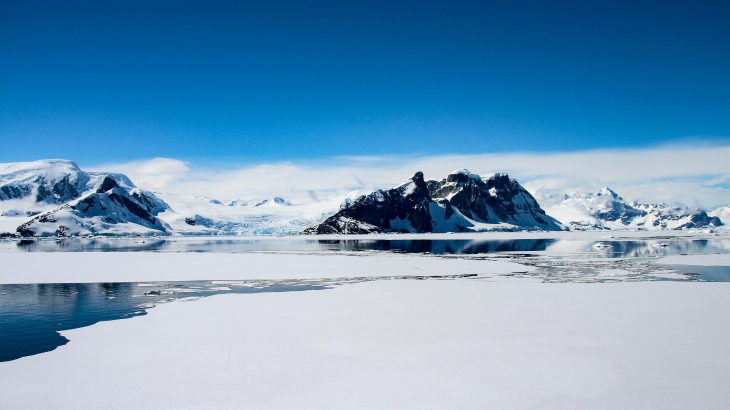 Climate change is turning the coast of Antarctica green

The coastal regions of Antarctica are set to turn green as a result of climate change, according to a new study led by the University of Cambridge.

For the investigation, the researchers created a large-scale map of microscopic algae that blooms in the surface of the snow along the Antarctic Peninsula.

The experts determined that the “green snow” will become more widespread as temperatures rise.

“This is a significant advance in our understanding of land-based life on Antarctica, and how it might change in the coming years as the climate warms,” said Dr. Dewey. “Snow algae are a key component of the continent’s ability to capture carbon dioxide from the atmosphere through photosynthesis.”

The individual alga are just microscopic in size, but the blooms are so large they are visible from space.

The green snow, which is particularly prevalent along the west coast of the Antarctic Peninsula, emerges in areas where average temperatures are just above zero degrees Celsius during the summer months of November to February.

The study revealed that the excrement of marine birds and mammals serves as a natural fertilizer that fuels the growth of the algae. More than half of the blooms were located within five kilometers of a penguin colony.

“We identified 1,679 separate blooms of green algae on the snow surface, which together covered an area of 1.9 km2, equating to a carbon sink of around 479 tons per year,” said Dr. Davey.

“As Antarctica warms, we predict the overall mass of snow algae will increase, as the spread to higher ground will significantly outweigh the loss of small island patches of algae,” said study lead author Dr. Andrew Gray.

The researchers said that the total amount of carbon stored in Antarctic snow algae is likely to be much larger, considering that red and orange algae also absorb CO2 that was not measured in this study.