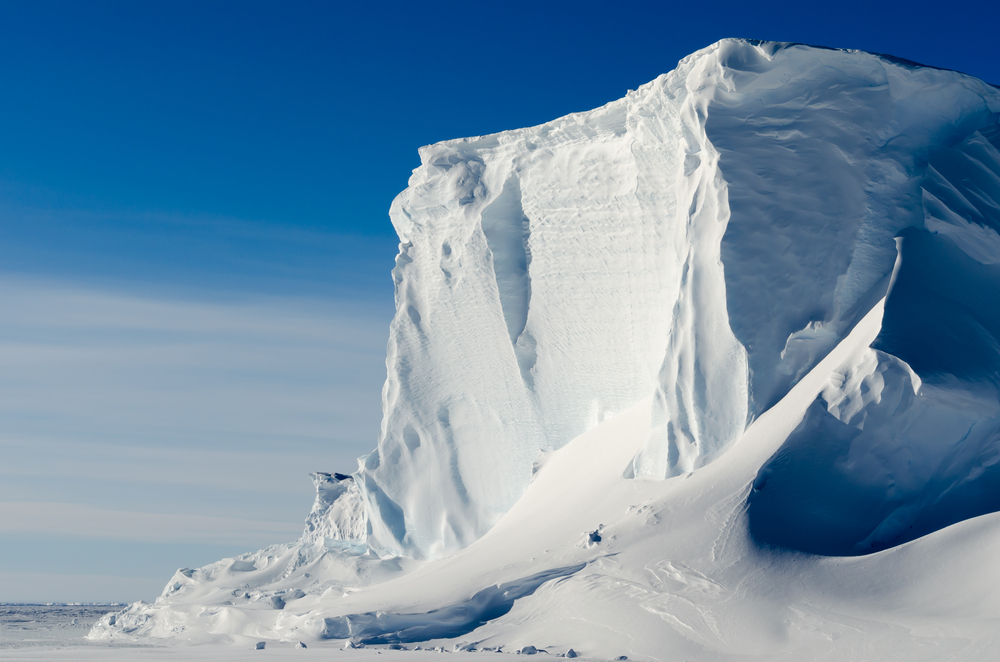 A massive rift in the Antarctic Ice Shelf may create an iceberg the size of Delaware.

The Larsen C Ice Shelf, part of the larger Antarctic Ice Shelf, has developed a massive rift that extends over 300 feet wide, 70 miles long, and 1500 feet deep. The shelf has been gradually melting since the 1960s and is expected to completely vanish by the end of this decade.

“The crack completely cuts through the Ice Shelf but it does not go all the way across it – once it does, it will produce an iceberg roughly the size of the state of Delaware,” NASA said in an official statement.

The Larsen B Ice Shelf, formerly located on the east side of the Antarctic Peninsula, dissolved in 2002 after developing a similar kind of rift. This fracture caused a 1,235 square mile chunk to break off into thousands of smaller icebergs. Scientists believe Larsen B had been stable for 12,000 years and had only begun melting a few years before dissolving. Water flowing into the cracks of the Larsen B Antarctic Ice Shelf began increasing due to rising temperatures, causing the fissure to rapidly develop.

The rift in the Larsen C Ice Shelf now cuts through the glacier, but not all the way across. If the shelf were to disintegrate, it could cause the global sea level to rise by 2.5 feet.

According to a recent study on the opposite side of the Antarctic Ice Shelf, more than 386 square miles of ice have been lost in the last four decades. Overall, however, the Antarctic ice sheet has actually been growing. According to photos, the ice sheet gained 112 billion tons of ice each year between 1992 and 2001, slowing between 2003 and 2008 to 82 billion tons of ice annually.