Antidepressants are seeping into waterways and harming marine life • Earth.com 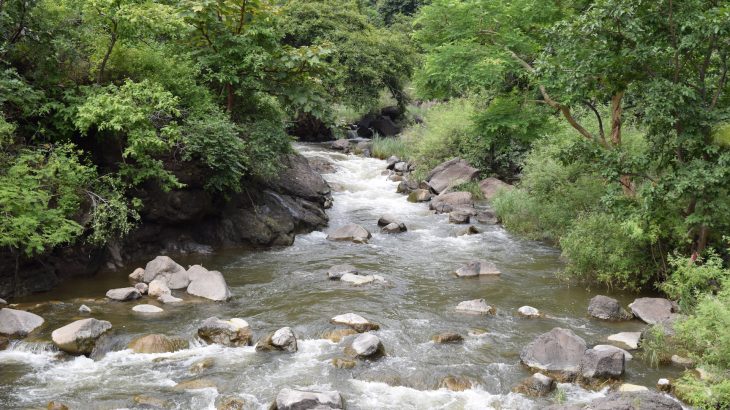 Antidepressants are seeping into waterways and harming marine life

Experts at the University of Portsmouth are reporting that antidepressant drugs have become a major threat to the environment. After entering water systems in the form of human waste, the drugs are persisting and harming marine life. In the UK alone, an estimated six million people are taking antidepressants such as Prozac on a regular basis.

“Our aquatic life is bathing in a soup of antidepressants,” said study co-author Professor Alex Ford. “Antidepressant and anti-anxiety medications are found everywhere, in sewage, surface water, groundwater, drinking water, soil, and accumulating in wildlife tissues. They are found in sea water and rivers and their potential ability to disrupt the normal biological systems of aquatic organisms is extensive.”

“This isn’t about a one-off pollutant entering their habitat; wildlife are bathed in drugs for their entire lifecycle. Laboratory studies are reporting changes such as how some creatures reproduce, grow, the rate at which it matures, metabolism, immunity, feeding habits, the way it moves, its color and its behavior.”

Dr. Helena Herrera of Portsmouth’s School of Pharmacy and Biomedical Sciences explained that many doctors who are prescribing antidepressant medication may not be aware that it persists in the environment or that it is harmful to marine life.

On the other hand, Dr. Herrera said that “prescribers which may be aware of the problems and persistence of such drugs in the environment need to weight those concerns with the human in front of them presenting with a debilitating medical condition.”

The researchers have identified many important steps that could be taken to address the environmental issues of prescription drugs, including educating patients on the safe disposal of medications and modifying wastewater treatment so that the chemicals can be filtered out.

The team also suggested that pharmacological companies should make drugs that break down more easily and safely. Furthermore, counseling could be used to replace many prescriptions. The experts say that taking just one of these steps would make a big difference.

The research is published in the British Journal of Psychiatry Bulletin.