How antlions construct death traps for their victims • Earth.com 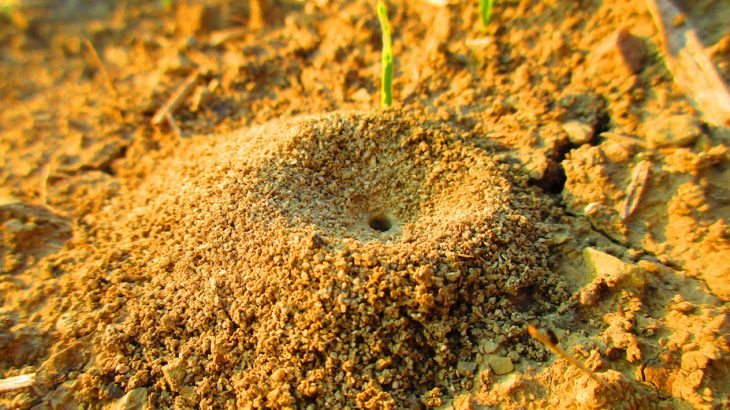 How antlions construct death traps for their victims

Antlions are notorious for being some of the fiercest predators in the insect kingdom. After trapping other insects in their pits, antlions use their razor sharp jaws to drain the bodily fluids of their victims within minutes. A study led by experts at the University of Bristol has now uncovered new details about how they build their deadly traps.

While it was known that antlions meticulously line their traps with fine grains of sand and toss out larger debris, the researchers were amazed to find just how methodical these insects actually are.

During their work in the field, the experts performed an experiment in which they gave antlions a mixture of large and small sand grains. When they captured and separated all of the grains thrown out of the pit, the researchers found that antlions were discarding grains of sand that were only slightly larger than the grains being used for construction.

“It is almost like a conjuring trick – many more large grains are ejected than seems possible,” said Professor Nigel Franks. “One answer is that the antlion is ‘interrogating’ much more sand to find and eject large grains than just the volume of sand that has to be removed to form the final pit.”

The researchers collaborated with physicists at Imperial College London to get more insight about the properties of granular mixtures. The team developed a computational model that simulated an antlion digging in granular mixtures to investigate how and why the insects use spiral digging.

“This technique is a superbly efficient time-saving method that literally enables antlions to plough through a large volume of sand such that the small avalanches they create cause large sand grains differentially to cascade to the bottom of the construction trench where they can be preferentially ejected during pit construction,” said Professor Franks.

“Any prey item that ventures into the pit will ride an avalanche down to the deadly antlion at the bottom of the pit. Such pits are an intriguing example of the ever-present force of natural selection that shapes biology,” said Professor Franks.