Ants have each other’s backs and rescue their injured • Earth.com 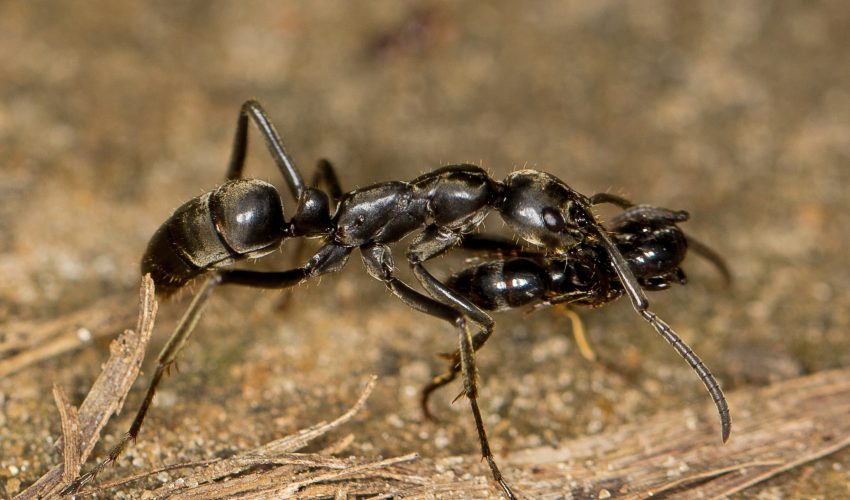 Ants have each other’s backs and rescue their injured

Scientists have found that many social insects tend to have an “every insect for themselves” understanding, where if you get left behind or injured, it’s unlikely you’ll receive any help or sympathy. This attitude makes sense, as there are generally so many individuals that it would simply be a waste of resources to provide excess care to just one. However, a German research team from the University of Würzburg’s Biocenter has recently discovered a clear rescue behavior in African Matabele ants (Megaponera analis). This ant species strictly preys on termites and is widespread south of the Saharan Desert.

These ants go out and hunt termites about two to four times per day. Marching in long, organized columns, M. analis raid termites at their foraging sites, killing as many workers as they can before hauling the prey back to their nest.

During these attacks, the soldier termites will often fight back – clamping onto the ants with their sharp, powerful jaws. Not surprisingly, some ants can get injured or killed in these battles.

Researchers observed that when an ant is injured in a fight, it may excrete chemical substances that serve as a “call” for help to its ant brethren. Other ants then come to its rescue, carrying it back to the nest so it can recover and receive treatment. Since no ant operating rooms or therapy centers were observed, it appears that “treatment” involves other ants simply removing the termites still clinging to the wounded party.

Although it may not seem like much, this discovery is novel in the insect world. Erik Frank, a Ph.D. student at the University of Würzburg, explains, “We have observed helping behavior vis-à-vis injured animals for the first time in invertebrates.”

Although it is rare to see this helping behavior in the insect world, it’s likely that there are other species out there – perhaps undiscovered – that exhibit similar behaviors to the African Matabele ant.