Arctic shrubs will not store as much carbon as expected • Earth.com 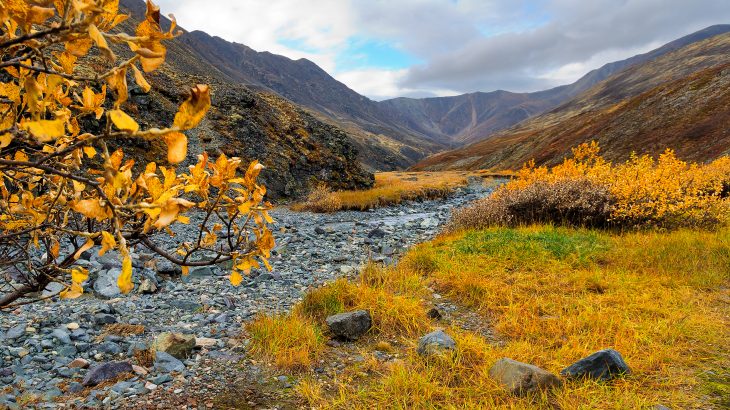 The potential for Arctic shrub communities to store carbon has been overestimated, according to researchers at the University of Stirling.

Recent analyses of climate models have found that tundra ecosystems are becoming more productive as the Arctic warms. With an increase in photosynthesis, more carbon would be removed from the atmosphere.

However, most of these studies failed to account for what happens to the carbon after it is deposited into the soil. The majority of carbon in the Arctic is stored in soil, some of which is permafrost, or frozen soil.

The researchers analyzed the overall carbon sequestration potential of tall shrubs in the Arctic and found that some of these ecosystem stimulate the recycling of carbon in soils, releasing it back into the atmosphere as carbon dioxide. This means that just because shrubs are more productive, they are not necessarily boosting the amount of carbon being stored.

“While previous studies suggest that a warmer, greener Arctic may increase the rate that carbon dioxide is removed from the atmosphere, our research identified an acceleration in the rate of loss of carbon from soils, back into the atmosphere,” explained Professor Philip Wookey.

“This may more than offset carbon sequestration and would, unexpectedly, turn these ecosystems into a net source of carbon dioxide to the atmosphere. Significantly, current ecosystem and climate models do not account for this conundrum, which means we may be underestimating future climate feedbacks from Arctic ecosystems.”

The investigation was focused on data from a field experiment conducted in 2013 and 2014 in the Mackenzie Uplands of Northwest Territories, Canada. The goal was to analyze how carbon has cycled in plants and soils over the past 50 years.

The team found evidence that birch shrubs in Arctic tundra are strongly linked to the release of old carbon stored in soil organic matter. However, this was not the case with alder, a different type of Arctic shrub.

“We think this is because, in birch, the products of photosynthesis are transferred to the soil through fungal symbionts, which stimulate the decomposition of soil organic material as a means of releasing the nutrients, like nitrogen, that the birch shrubs require to grow,” said Dr. Lorna Street.

“By contrast, in alder, photosynthesis products are mostly retained in plant tissues because alder often has the help of microorganisms in the roots, which are capable of ‘fixing’ nitrogen directly from the atmosphere.”

“These findings indicate that, if – as evidence has suggested – shrub birch proliferates in tundra ecosystems over the next decades, this might directly stimulate the loss, through accelerated decomposition, of pre-existing soil carbon as carbon dioxide.”

“If our results apply across permafrost tundra regions, this suggests there is a previously unaccounted for process which could push the system towards the upper end of those predictions. This is hugely important as it means we may need to do more than currently expected, in terms of carbon dioxide emissions reductions, to meet our climate targets.”