Beavers are exposing the Arctic to harsher climate changes  • Earth.com 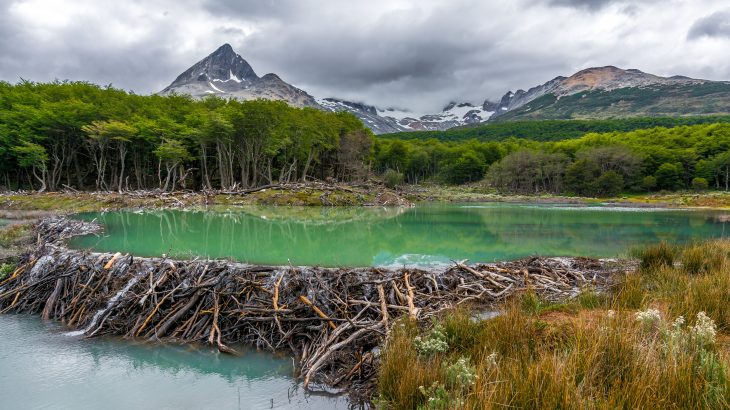 Beavers are exposing the Arctic to harsher climate changes

Beavers are plowing their way through the Arctic and rapidly transforming landscapes, and a new study suggests that the changes could have major consequences.

In Alaska, climate change has greatly expanded the range of suitable habitat for beavers, and they are now appearing in regions where they have never been seen before. The beavers are building more and more dams and subsequently creating new ponds and lakes.

According to the researchers, the rapidly emerging water bodies will accelerate the rate of thawing permafrost, which will release more greenhouse gases and intensify climate change in a reinforcing feedback loop.

The beavers build their dams at precise locations where they can achieve maximum benefits with minimal effort. Study co-author Dr. Ingmar Nitze has witnessed this strategy firsthand, and said the methods used by the animals are extremely effective.

Dr. Nitze is an expert in remote sensing at the Alfred Wegener Institute, Helmholtz Centre for Polar and Marine Research (AWI). In 2018, he was involved in research focused on beavers in northwest Alaska. The study revealed that beavers had created 56 new lakes in just five years. For the current investigation, the team has taken a closer look by tracking beaver activity with satellite data in two other regions of Alaska.

“Of course, we knew that the beavers there had spread substantially over the last few decades,” said Dr. Nitze. “But we never would have dreamed they would seize the opportunity so intensively.”

Across roughly 100 square kilometers near the town of Kotzebue, the number of dams had jumped from just two in 2002 to 98 by 2019. “We’re seeing exponential growth there. The number of these structures doubles roughly every four years.”

The researchers found that beavers intentionally build in areas that they can most easily flood by damming up small streams or the outlets of existing lakes.

“But they especially prefer drained lake basins,” noted study lead author Benjamin Jones.”The animals have intuitively found that damming the outlet drainage channels at the sites of former lakes is an efficient way to create habitat. So a new lake is formed which degrades ice-rich permafrost in the basin, adding to the effect of increasing the depth of the engineered waterbody.”

In 17 years, water in the Kotzebue region grew by 8.3 percent – roughly two-thirds of which was driven by the expansion of dams.

The researchers believe that there have been similar spikes in dams throughout other regions of the Arctic, like Canada, and they will continue to investigate.

Each additional lake thaws the surrounding permafrost. Even though the soil could potentially refreeze in the future, the climate is still warming, and for now the beavers will continue to expand.

“Anyone who wants to predict the future of the permafrost should be sure to keep the beaver in mind,” said Dr. Nitze.