Artificial lights cause earlier tree greening in the spring • Earth.com 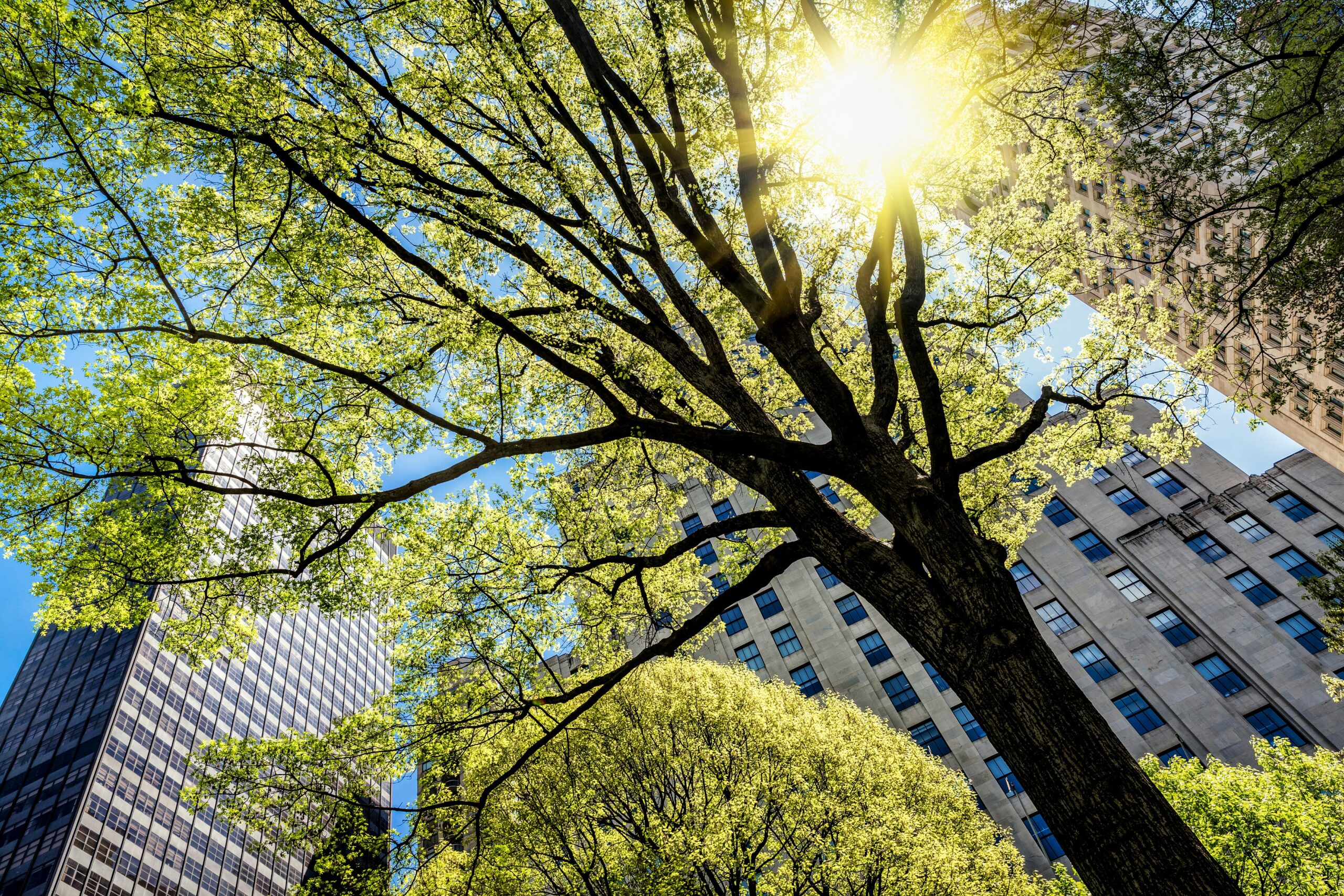 Artificial lights cause earlier tree greening in the spring

New research published in the journal Science has found that warmer temperatures and artificial lights in cities can alter the timing of urban tree greening in the spring. The study revealed that tree leaves bud earlier in U.S. cities compared to rural areas, and that artificial light accelerates this effect, as the climate warms.

“We as ecologists know a lot about the impact of warming and increased carbon dioxide concentration on plants because these are the two most significant aspects of climate change… but light doesn’t change in nature…So, most people just didn’t think of it.”

While global warming has shifted the timing of global seasonal tree events such as leafing, budding, or greening, urban environments pose additional challenges to trees, including warmer temperatures than in rural areas (a phenomenon known as the “urban heat island effect”), and the presence of artificial light at night from a variety of sources (public streetlights, buildings, advertising lights, vehicles) that has a significant impact on the regular light cycle plants depend on.

By using satellite data from the USA National Phenology Network and NASA’s Black Marble, Dr. Meng compared spring “green-up dates” in urban versus rural areas in the 85 largest U.S. cities for the period 2001 to 2014. She discovered that, due to warmer temperatures, green-up occurred about six days earlier in urban areas compared to rural ones. Furthermore, in locations with intense artificial light, green-up occurred nine days earlier.

“My findings highlight artificial light as an understudied factor on phenology, which may supplement daylength and facilitate earlier spring greening under a warmer climate,” said Meng.

“This research provides important insight into the impacts of the urban environment on natural processes essential to ecosystem function. Understanding how city-induced temperature and light influence vegetation both increases our knowledge of these basic ecological interactions and will help us design more resilient urban landscapes,” concluded Sacha Vignieri, Deputy Editor for Research at the journal Science.

This study was the grand winner of the 2021 Science and SciLifeLab Prize for Young Scientists.