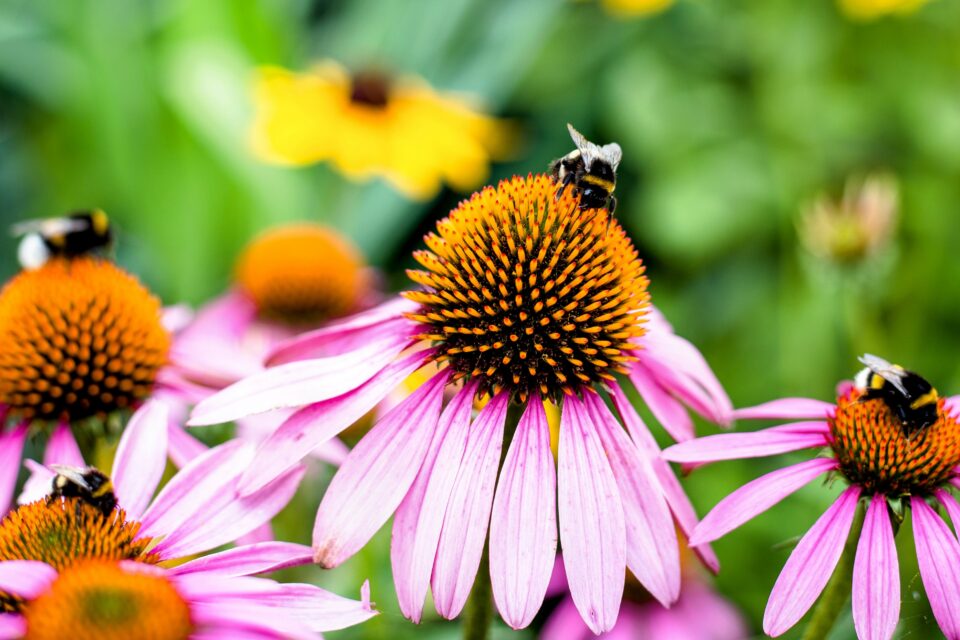 Bumblebees are major pollinators for many human food crops and without them, our diets would greatly suffer. Unfortunately, it looks as if human-induced climate change is hurting the diets of the bumblebees themselves.

Bacteria and yeast are impacted by temperature. At just the right temperature, nectar contains a good balance of yeast and bacteria for bees. When the temperature rises too high, this balance is upset, endangering bee health and hurting our food crops.

A small amount of microbes is a good thing for the bees but when temperatures rise, the metabolism of the microbes increases as well. With faster metabolisms, the microbes consume more of the sugars – one of the things the bees are after. In a new study from UC Riverside, researchers investigated how these microbial changes affect bumblebees.

“We could see shifts in the locations of bee communities, since they leave when they can’t find the food they like or need,” Russell said. “We might also see a decline in overall pollinator populations.”

To look at the bees’ preference for nectar, Russell cooked up different nectar recipes in her lab. Some of the nectar was sterilized and so contained no living microbes. Other nectar contained live microbes.

The research showed that the bees clearly preferred nectars with some microbes, even if it meant a little less sugar. The bees also seemed to dislike the nectar grown at higher temperatures with too many microbes and less sugar as well as the nectar with no microbes at all.

The researchers are not yet sure why this preference exists, but what is obvious is that rising temperatures are likely to have a negative effect on bees.

“We could see shifts in the locations of bee communities, since they leave when they can’t find the food they like or need. We might also see a decline in overall pollinator populations.”

The best thing people can do for bees, Russel said, is to plant gardens of native flowers not treated with pesticides.

The study is published in the journal Microbial Ecology.