Artists who paint with their feet have maps of their toes in the brain • Earth.com 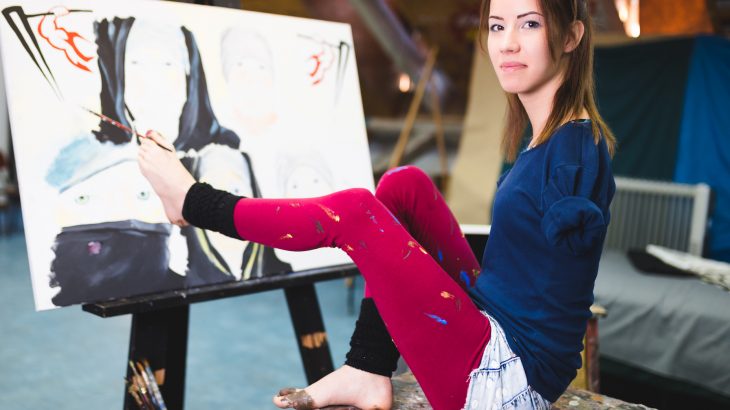 Artists that paint with their feet possess highly organized “toe maps” which connect each toe to an activated area in the brain, a new study has revealed.

Hand maps have been well established in the brain, with each finger activating a different, closely connected, region. Each part of the body has a corresponding brain region laid out in a kind of body map, but this is the first study to identify toe maps in people.

The study, conducted by researchers at the Institute of Cognitive Neuroscience at University College London, sheds light on how the limbs are represented in the brain and how the brain adapts to limblessness.

“We are interested in the brain area known as the somatosensory cortex because it has incredible organization,” said Harriett Dempsey-Jones, the first author of the study. “Within this brain region, each part of the body is laid out in an organization that roughly approximates what it looks like in the actual human body to form a body map.”

Recent fMRI data has shown that the brain-body map is not as organized as previously thought when it comes to certain body parts like the feet.

The researchers of the study regularly work with amputee and congenital limbless support groups and two artists, Tomy Yendell and Peter Longstaff, were recruited for the study. 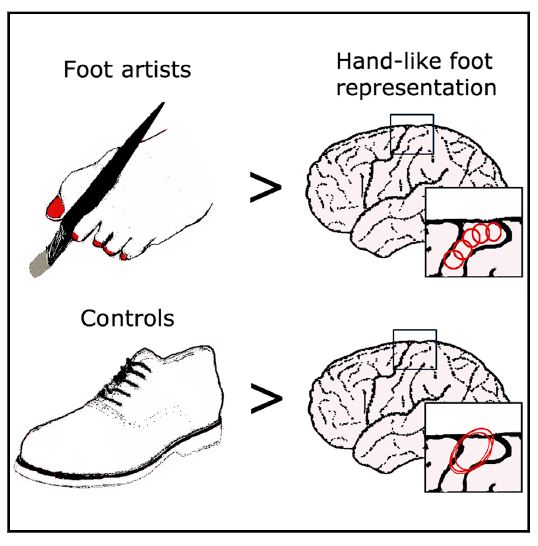 Yendell and Longstaff are prominent and talented artists in the UK, and both were born without arms. The two men learned to use their feet to perform most of their daily tasks, resulting in extreme foot dexterity.

Handed people do not have toe maps in the brain, but non-human primates do, and the researchers wondered if limblessness had any effect on the brain’s body map or whether foot dexterity was represented differently in the brain.

When the limbed participants were in the fMRI machine, a researcher touched one finger or toe and looked to see what part of the brain was activated. Each finger activated spots that were close in proximity to each other, but the limbed and handed individuals did not have any toe maps in the brain.

“It turns out that even though we have individual digits on our feet – toes – when we touch each toe in order we do not see a nice organized pattern,” said Dempsey-Jones.

For Yendell and Longstaff, the fMRI images showed activated regions of the brain corresponding to the toes similar to handed individuals with hand maps.

The study creates more questions than answers, and there are many possible explanations as to why some individuals have toe maps while others do not.

“We know there is a critical period of plasticity early in life when the brain seems particularly capable of change,” said Daan Wesselink, a co-author of the study. “It could be that our artists were learning to use their toes when they were children during this time of maximal brain plasticity. We know the adult brain is more fixed once the critical period of plasticity closes. It may be that once that happens you can’t really change the brain in a major way, such as this.”

The researchers will continue studying how the brain represents different body parts and see if prosthetics can be incorporated into the brain’s body map.

“Mapping out finger and toe activity in the brain can help advance brain-machine interface technology where the brain learns how to control each digit of a prosthetic,” said Dempsey-Jones.

The researchers published their findings in the journal Cell Reports.