Asteroid dust solves the mystery of what killed the dinosaurs • Earth.com 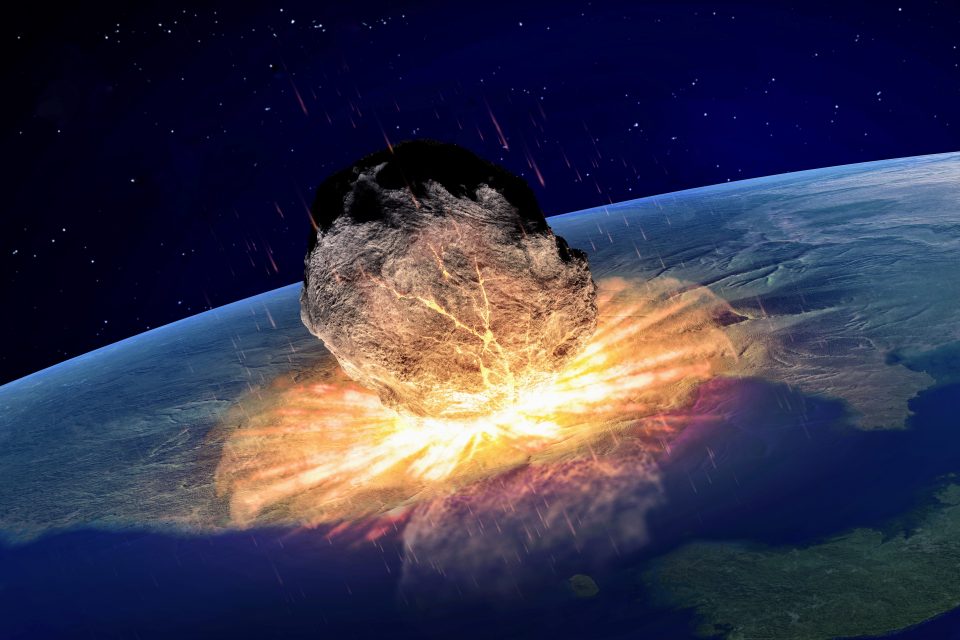 Experts at CU Boulder report that evidence found inside the Chicxulub impact crater has confirmed that an asteroid slammed into Earth 66 million years ago. The discovery of asteroid dust at the impact site finally solves a long-standing debate about how the dinosaurs were wiped out, and shuts down the theory that the extinction event was caused by volcanic eruptions.

In the 1980s, scientists found asteroid dust in the geologic layer that marks the extinction of the dinosaurs. The findings indicated that dust from the vaporized asteroid encircled the entire planet, blocking out the sun and triggering a devastating “impact winter.” Over time, the dust fell out of the atmosphere and rained down onto the Earth.

In the 1990s, the 125-mile-wide Chicxulub impact crater was discovered beneath the Gulf of Mexico. The crater turned out to be the same age as the rock layer.

According to the researchers, the new study seals the deal by finding asteroid dust with a matching chemical fingerprint within the crater at the precise geological location that marks the time of the extinction. Study lead author Professor Steven Goderis said that the circle is now finally complete

The report is the latest in a series of studies based on the 2016 International Ocean Discovery Program mission. During this expedition, nearly 3,000 feet of rock core was collected from the crater buried under the seafloor.

A telltale signature of asteroid dust is iridium, which is present at elevated levels in certain types of asteroids. An iridium spike in the geologic layer found all over the world is how the asteroid theory was proposed in the first place. In the new study, researchers found a similar spike in a section of rock pulled from the crater.

“We are now at the level of coincidence that geologically doesn’t happen without causation,” said study co-author Professor Sean Gulick. “It puts to bed any doubts that the iridium anomaly [in the geologic layer] is not related to the Chicxulub crater.”

The researchers estimate that the asteroid dust circulated in the atmosphere for no longer than a couple of decades. This helps to determine how long the dinosaur extinction took, said Professor Gulick.

“If you’re actually going to put a clock on extinction 66 million years ago, you could easily make an argument that it all happened within a couple of decades, which is basically how long it takes for everything to starve to death.”

In collaboration with experts at the University of Texas Institute for Geophysics and Bureau of Economic Geology, the researchers plan to return to the crater this summer. The goal is to begin surveying sites at the center of the crater, where the scientists will plan a future drilling effort to recover more asteroid material.