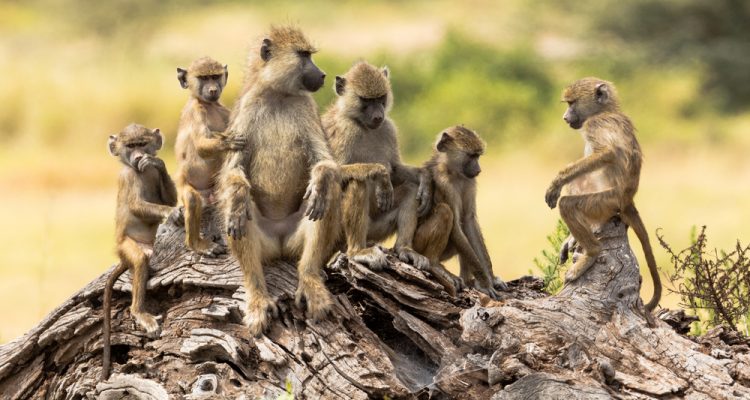 While fossils can help shed light on the physicality of ancient humans, it is a much trickier task to figure out what our ancestors may have sounded like. But according to a new study by a collaborative team of researchers, the sounds of baboons may offer clues about the origins of ancient human speech.

The team of scientists from six different academic institutions, led by Dr. Louis-Jean Boe of Grenoble Alpes University, published their findings in the journal Plos One. According to their research, the mating calls and grunts of Guinea baboons contain distinct, human-like vowel sounds.

Previous theories suggested that ancient human speech developed only after our humans developed a low larynx. But the new research suggests that the human vocal system evolved from abilities already present in our primate ancestors like the Guinea baboon.

The researchers studied the acoustics of 1,335 baboon sounds and the physicality of their tongues. They found that baboon tongues and human tongues both shared the ability to make vowel sounds.

“Language is a key difference between humans and the rest of the natural world, but the origin of our speech remains one of the greatest mysteries of science,” said the team.

“The evidence developed in this study does not support the hypothesis of the recent, sudden, and simultaneous appearance of language and speech in modern Homo sapiens. It suggests that spoken languages evolved from ancient articulatory skills already present in our last common ancestor … about 25 million years ago.”

Professor Scott Moisik from the Max Planck Institute for Psycholinguistics told the AP that these new findings fit with previous research, as well as his own experience listening to primates.

“When I hear a cat on YouTube produce a vocalization that very much sounds like ‘oh long Johnson,’ or the ‘no no no’ cat, or a dog that gets pretty-darned close in imitating ‘I love you’ … I am led to believe that, to use the words of Boe and company, ‘speech precursors’ (however rudimentary or limited) go back further than 25 million years ago,” he said.