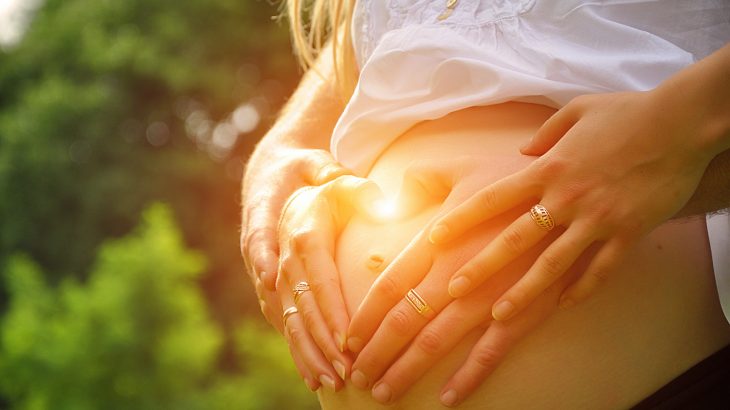 The news has been full of controversial reproduction procedures lately.  Most notably, a doctor in China has claimed to have brought into the world the first genetically modified human babies. As a result, it may have been easy to miss in the headlines another breakthrough in reproductive technology.  Recently, a woman with a uterus transplanted from a dead donor has given birth.

Baylor, Scott & White Health reports on a procedure carried out as a second phase medical trial at Baylor University Medical Center.  The procedure starts with a woman who wants a child. The next step is in vitro fertilization, where the woman’s eggs are harvested and fertilized.  The embryos are then frozen, suspending development for the time being.

Next, the woman’s womb and cervix are removed and replaced by that of a donor.  After recovery and waiting to make sure the womb isn’t rejected by the transplant recipient, the frozen embryos can be implanted into the new womb.  After that, the goal is for the pregnancy to occur as normal and a new infant to be born after nine months.

CNN reports that this procedure has been carried out successfully at least 12 times with womb transplant recipients in the United States, Sweden and Serbia.  Recently researchers at Brazil’s Hospital das Clínicas at the University of São Paulo School of Medicine carried the medical procedure one step further.

Science Daily reports that for the first time, a baby has been born to the recipient of a uterus from a deceased donor.  The advance in medical technology was published by the Brazilian researchers in The Lancet.  Until this point all of the uterus transplants have been received from living donors willing to give up their own reproductive organ to another.  Using the uterus of a deceased donor opens up even more potential for the reproduction of woman so far unable to conceive conventionally.

So far, the success of the procedure with a deceased donor has yet to be compared with the same procedure carried out with a live donor but it opens a world of possibilities in the future.  Surgical and immunosuppressant procedures are only expected to advance as we move forward.

For me the question isn’t, can we, but should we?  The human population has been growing at breakneck pace and barely paused for breath before climbing even higher.  Many scientists fear that the human population has already overshot the carrying capacity of the earth and we’re now just waiting for reality to catch up with us.

Live Science reports that the upper most limit of human population able to be supported on Earth is around 9 to 10 billion people.  That estimate depends on far less consumption per person than most are willing to live with, especially in western society.  Populations at those levels would also mean a significant loss in quality of life due to overcrowding and loss of wild, open spaces to agriculture and urban sprawl.  The population limit is fixed; the amount of fresh water, the ability of the biosphere to produce breathable air, the amount of food that can be grown on the planet, these are things that can only be maximized so much by technology.

If everyone decided to become a vegetarian, 2 billion tons of grain already grown could support 10 billion people.  However, the same amount of grains would only support about 2.5 billion of US-style omnivores. Becoming vegetarian doesn’t seem likely to be a decision everyone will make unless forced to by necessity.

Beyond this, the actual carrying capacity is a mystery.  It’s quite hard to estimate when humanity will reach the exact tipping point of how many people Earth can support but we’re already seeing problems created by overconsumption.  Consumption is driven partly by individual people using more than they need: more food, water, fossil fuels and other resources. Consumption is also driven simply by more people living on Earth.  Each person requires a minimum amount to stay alive.  The difference between individual consumption and pure overpopulation is highlighted well in Joy Williams’s book Ill Nature,

“…in terms of energy consumption, when and American couple stops spawning at two babies, it’s the same as an average East Indian couple stopping at sixty-six, or an Ethiopian couple drawing the line at one thousand.”

Unfortunately, a uterus transplant procedure, like most advanced reproductive techniques is likely to be available mainly to relatively wealthy people.  This means people that already consume so much more will likely be able to reproduce even when nature doesn’t allow them to, as is already the case.

According to a paper published on Pub Med, the access to assisted reproductive technologies is skewed, with only a certain privileged portion of the global population having access to such procedures.  Even so, the paper reports that since the first in vitro fertilization baby born in 1978, the number of babies born from this and other similar procedures has only grown in numbers greater than anticipated.

We are approaching a 0.1% of the global population that owes their lives to in vitro fertilization (IVF) that is about 400,000 babies born annually as of 2018.  If this number remains constant, this means that by 2100, 1.4% of the global population will be alive due to IVF. The number is only predicted to grow and it’s projected that instead of 1.4%, by 2100 IVF will be responsible for 394 million people, that is, 3.5% of the world’s population.  These are people who will reproduce themselves in many cases, eat food, drink water and take resources from across the globe.

It is likely that these people born to the world’s wealthy elite will continue to take more from the earth than those born in traditional ways in places like Africa or Southeast Asia.  Procedures such as uterus transplantation only increase the potential numbers of people born from IVF making the population growth even bigger.

Why then should we be advancing ways for more people to reproduce and use more of the earth’s finite resources?