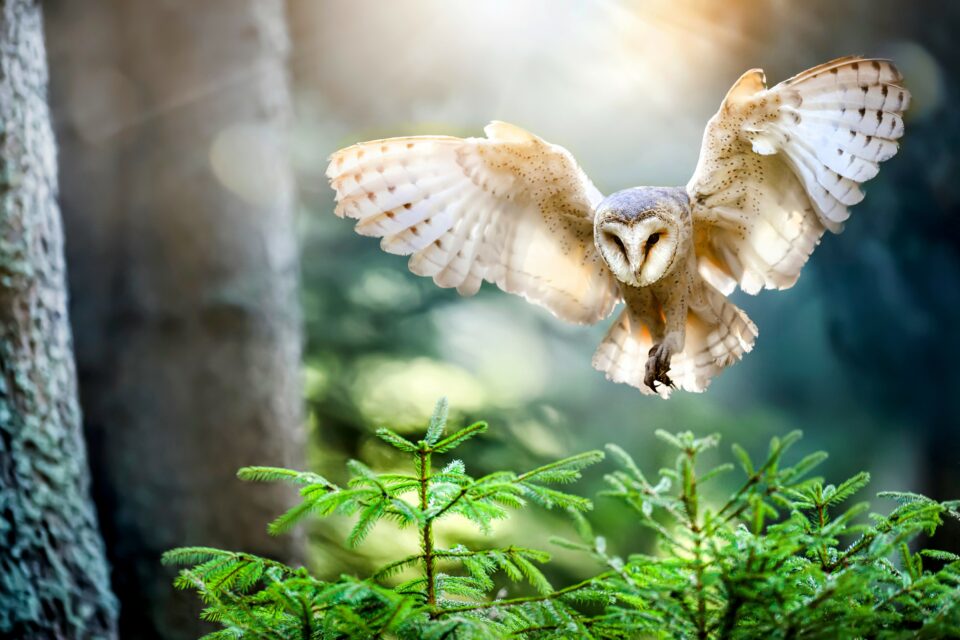 New research led by the Israel Institute of Technology has found that barn owls (Tyto alba) build mental maps of their surroundings while flying. The experts report that specific neurons in the hippocampus – the part of the brain responsible for spatial orientation – become activated when the owls pass through certain locations.

Place cells – clusters of neurons that fire at a high rate when an animal visits a particular location – are known to exist in the human brain, and they were recently discovered in the brains of other mammals too, including various species of rodents and bats. However, this is the first time that evidence of place cells have been discovered in birds during flight.

The researchers implanted wireless neural recording devices in the brains of six barn owls and analyzed their brain activity as they flew back and forth between two perches.

The experts found that certain neurons from the owls’ hippocampus fired more strongly at specific points along their flight path. This neuronal activity did not appear to be affected by the lighting conditions in the testing room or the movements of the experimenters.

“In the barn owl — a central place forager that strongly relies on memory to navigate to strategic standing posts and to its roost at night — we found robust place cell representation,” reported the study authors in a preprint version of their article.

According to Kate Jeffrey, a neuroscientist at University College London, the Israeli team’s evidence for the presence of place cells in barn owls was “fairly convincing.” This discovery is “consistent with emerging findings from other labs that many of the phenomena we have been studying in mammals have counterparts in non-mammals, suggesting an ancient evolutionary origin, more than 300 million years.”

“Across species, the occurrence of place-cells is correlated with strong reliance on spatial memory. We speculate that the owl’s ability to hunt and navigate in nearly-complete darkness is made possible, in part, by an exceptional hippocampal-based spatial memory,” the study authors concluded.