Bats’ diets offer clues on how to protect them • Earth.com 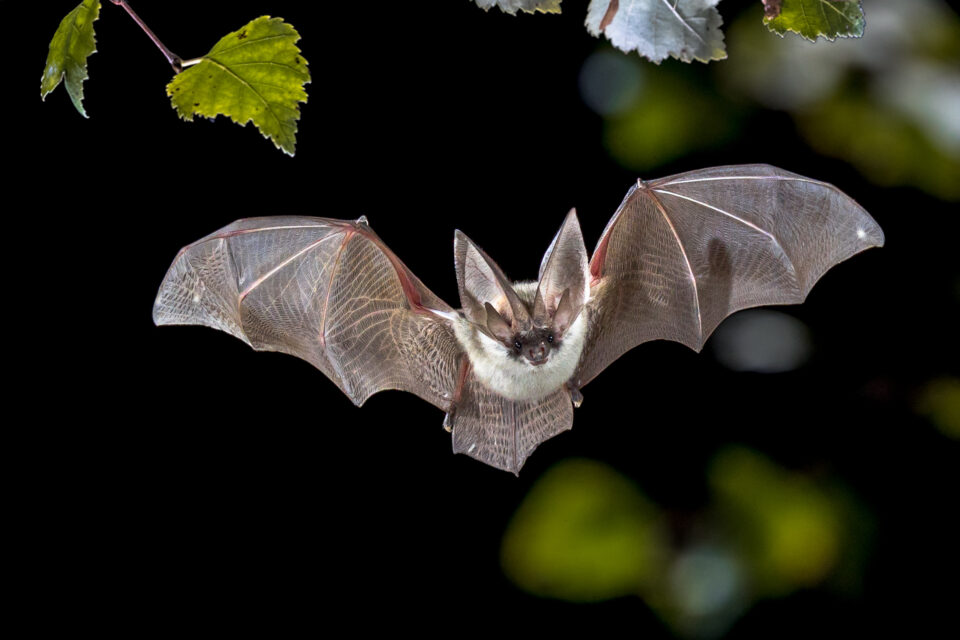 Bats’ diets offer clues on how to protect them

A new study led by the University of Illinois and Brown University has investigated the diets of endangered Indiana bats and threatened northern long-eared bats, in order to identify ways to effectively manage both species and their habitats.

“This was an in-depth study of these two imperiled species in landscapes where they co-occur. Nobody’s done that before. This investigation gives us a much better sense of how bats not only coexist, but also how they benefit our forests and how we can thus manage the forest to provide bats with better habitat,” said study senior author Joy O’Keefe, a wildlife extension specialist at the University of Illinois.

“When you have two closely related species sharing the same habitat, that means they’re probably built similarly and need similar places to live and things to eat. This brings up a lot of questions about how they’re doing that. Are they competing? Or is there some system in place where they’re able to divide resources? Our job was to figure that out,” added study lead author Timothy Divoll, a data scientist at Brown University who completed his doctoral studies under Professor O’Keefe’s supervision.

During four summers, the researchers captured bats of both species and collected fecal samples at two locations in Indiana – a large managed forest and a region with small forest patches close to a major airport – in order to identify insect prey from DNA found in bats’ feces.

The analysis revealed that the two bat species consumed many of the same insects – such as moths, beetles, mosquitoes, crickets, or wasps – as well as a number of agricultural and forest pest species, which proves their crucial role as providers of beneficial ecosystem services.

Surprisingly though, the northern long-eared bats (the smaller of the two species) usually pick up slightly larger prey items, most likely because they are gleaners – meaning they grab prey off surfaces – which would make it easier for them to locate larger insects on leaves or bark. By contrast, the Indiana bats are aerial hawkers, detecting and hunting prey that moves through the air, be it large or small. Although this difference in prey size preference and feeding style could explain how the two species avoid direct competition, the scientists are not yet sure whether this is the case.

“It’s difficult to say whether they’re in direct competition without measuring the availability of different insect types, and we didn’t measure that in our study. But our earlier research in the same forested site showed northern long-eared bats use much less space when foraging than Indiana bats. And they’re selecting habitat slightly differently. At the end of the night, they might end up eating all the same things, but they’re finding them differently,” Dr. Divoll explained.

Ultimately, the bats’ diets were so similar that there were greater differences between the sites investigated – large forest vs. small, near-airport forest patches – than between bat species. “This tells us that, at some level, they are generalizing on whatever is available at a given site. They might be flexible and specialize at certain times, but these two bats are going to go after whatever is predominantly there. They may use different hunting techniques and search different heights of the forest, but they both likely capture easy targets while searching for preferred prey,” Dr. Divoll concluded.

The study is published in the journal Environmental DNA.