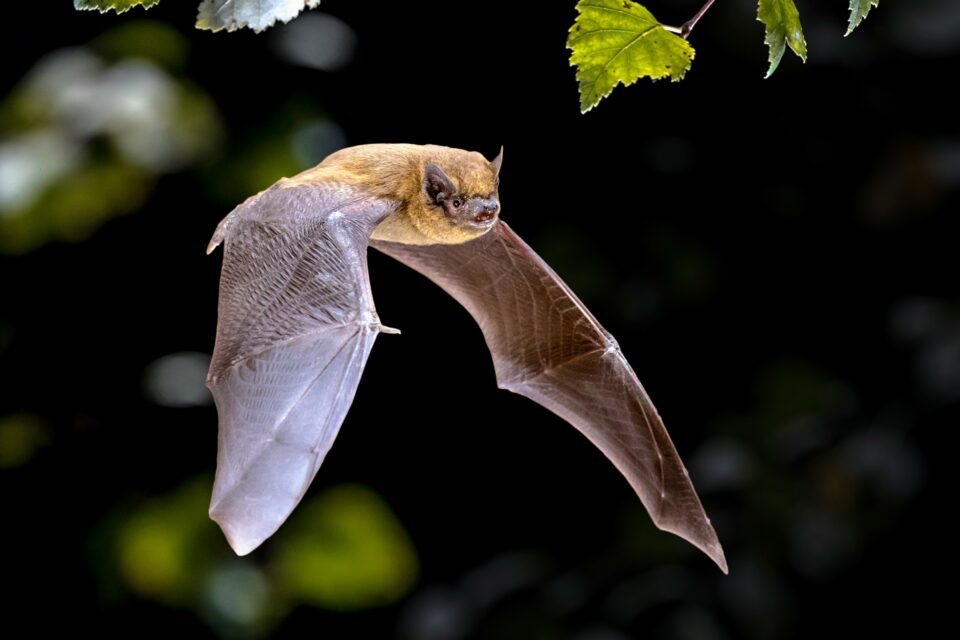 Bats are the only group of mammals capable of powered flight. They are extremely diverse, with about 1,440 species which make up over 20 percent of all known mammal species. Bats also have a very unique way of navigating the world. They use echolocation – emitting high-pitched sounds and then listening for the returning echo – to orient themselves in space, avoid obstacles while flying, and forage for food.

A new study led by the University of Chicago, the American Museum of Natural History, and the Field Museum has found that two major group of bats have different anatomical structures for connecting the inner ear to the brain. These findings confirm previously discovered genetic evidence that bats belong to two different evolutionary lineages, known as Yinpterochiroptera, or “Yin,” and Yangochiroptera, or “Yang.”

“Biologists have speculated that the two major groups of bats have different ways of seeing the world through sound,” said study lead author Benjamin Sulser. “This is the first time we found different neuroanatomies in the inner ear, which give these bats different ways of processing the echolocating signal.”

The researchers performed a large number of CT scans of the skulls of specimens from 39 species of bats. They found that, just like most other mammals, Yin bats’ inner ear consists of a thick canal wall packed with small openings for the nerve fibers. On the other hand, the Yang bats have an open canal with no wall, which allows for more evolutionary variations of the neurons in the ganglion.

“We hypothesize that by developing this new configuration, without the space constraint on the inner ear ganglion, the Yang bats have a greater capacity for the ganglion cells to multiply and different ways to connect to the brain, unlike most other mammals,” said study senior author Professor Zhe-Xi Luo.

“A greater size of a ganglion and a greater number of neurons may have contributed to this big evolutionary diversification of bats relying more on frequency modulating echolocation.”

According to Professor Luo, both methods of echolocation contributed to the amazing evolutionary success of bats. “These are different ways of achieving the same goal. It’s like these two types of bats are speaking different dialects of a language.”