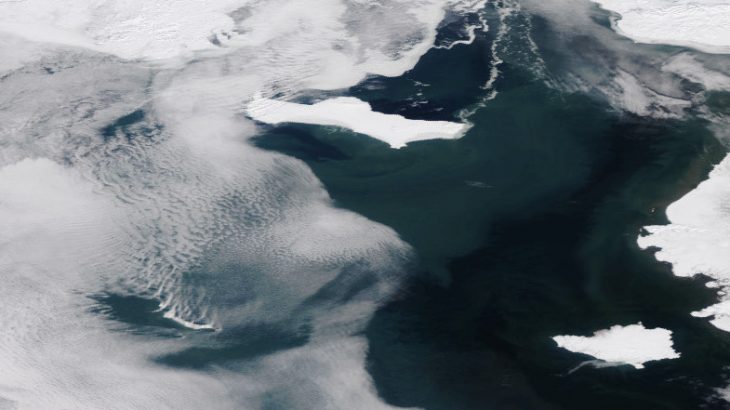 A new report from the National Oceanic and Atmospheric Administration (NOAA) has revealed that the Bering Sea is nearly free of ice at a time when it is usually covered. Images captured by NOAA’s polar orbiting satellites show that the region from the coast of the Yukon Delta National Wildlife Refuge to the Bering Strait is mostly ice-free, even though the area historically reached its maximum ice extent from late March to early April.

Rick Thoman is a climate specialist for the Alaska Center for Climate Assessment and Policy at the University of Alaska Fairbanks. He explained that 2019 had the lowest ice extent on record, retreating even beyond the “unprecedented low extent” of ice documented in 2018.

The reason for such a large decline in ice has not yet been determined, but Thoman pointed out that the Bering and southern Chukchi seas have experienced “near or at record” warmer temperatures during the summer and fall seasons since 2014. The milder weather slows down the winter freezing process. In addition, some of the thinner ice was affected by storms that occurred in the area from January to March. 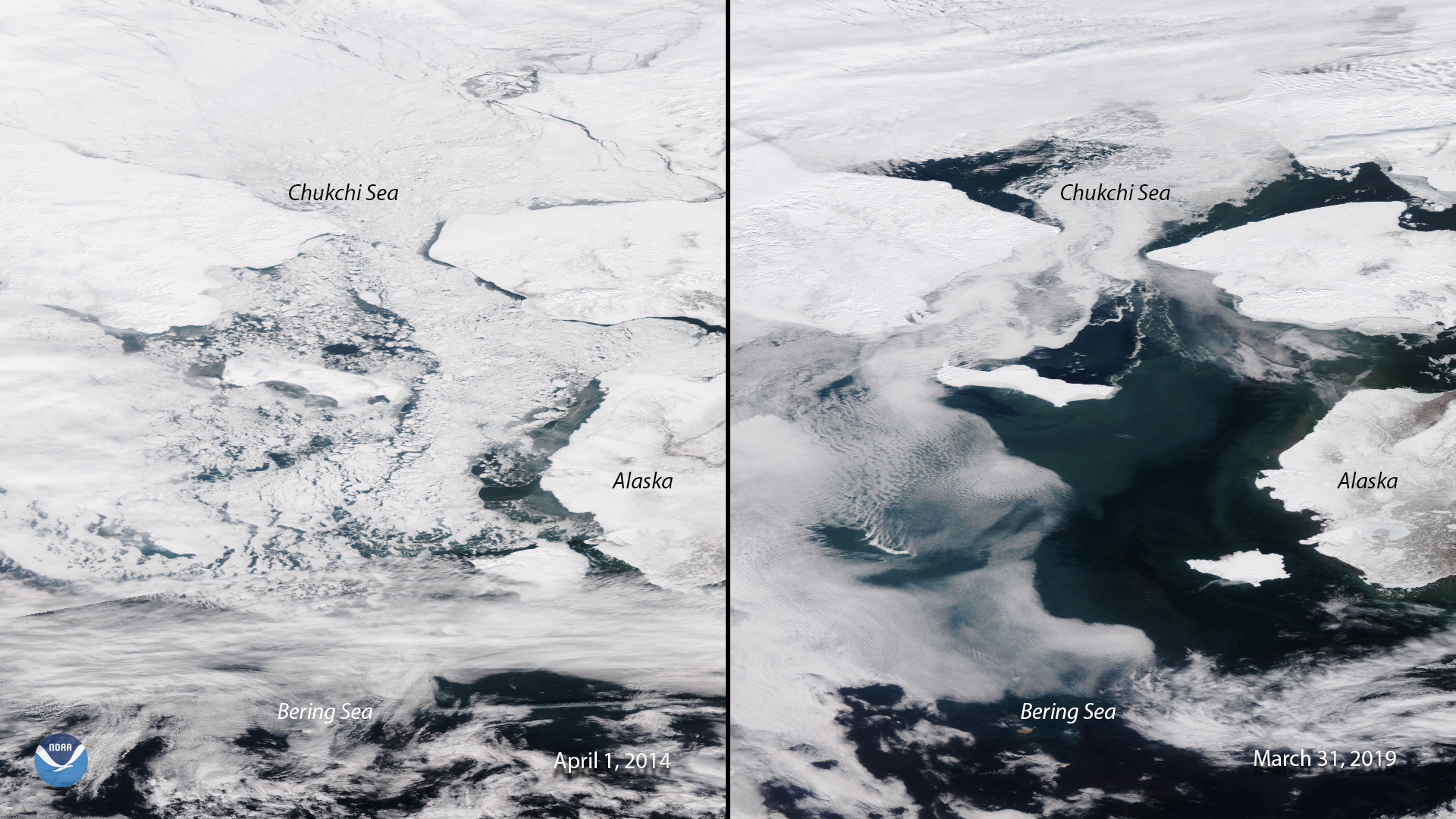 Overall, Arctic sea ice has now lost a geographic area equivalent to the size of Texas compared to the average between 1981 and 2010, according to NOAA. Thoman said that the low ice extent has had economic consequences for coastal communities that depend on the ice for fishing, crabbing, and walrus hunting.

The open seawater is exposed to direct sunlight that is usually reflected back into the atmosphere by sea ice. This year, a lack of ice will cause the exposed ocean to absorb an extra two months of solar heat.

“This virtually guarantees that sea surface temperatures will be warmer than normal this coming summer and autumn, and so it will impact the ecosystem, including commercial fisheries for months to come,” said Thoman.