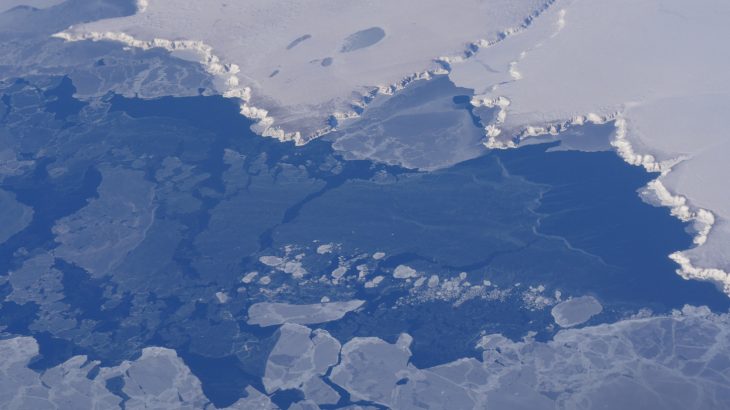 Around one million years ago, during the Mid-Pleistocene Transition (MPT), the planet underwent a major climate shift, and temperatures dropped. Cycles of extreme cold were the norm during the MPT, but researchers have long looked for answers as to what caused the global cooling.

Over the past 600,000 years, the Earth has been teetering between warm and cool periods. Often these periods are due to the Earth’s orbital position in relation to the Sun and the tilt of the Earth’s axis, but during the MPT there were no known changes in the Earth’s orbit around the sun which just further adds to the mystery behind the cause.

Now, researchers from the University of Exeter have uncovered a key piece of the MPT puzzle in a new study.

The results of the study, published in the journal Nature Communication, show that the freezing over of the Bering Strait during the MPT and the stratification of the North Pacific likely drove down temperatures.

“The subarctic North Pacific is composed of some of the oldest water on Earth, which has been separated from the atmosphere for such a long time that a high concentration of dissolved CO2 has built up at depth,” said Sev Kender, a co-author of the study. “When this water upwells to the surface, some of the CO2 is released. This is thought to be an important process in geological time, causing some of the global warming that followed past glaciations.”

When the Bering Strait closed due to glaciation, it disrupted this natural upwelling of CO2, and instead, the oceans absorbed more CO2 from the atmosphere which perpetuated global cooling.

“We discovered that the Bering Sea region became more stratified during the MPT with an expanded intermediate-depth watermass, such that one of the important contributors to global warming – the upwelling of the subarctic North Pacific – was effectively curtailed,” said Kender.

The researchers collected sediment cores from deep below the Bering Sea and analyzed the chemical composition of the sediments and fossils within the samples.

The researchers were then able to reconstruct water masses and plankton productivity during the MPT period of glaciation and found that many the changes in global climate happening at that time were related to changes happening in the Bering Strait, including the stratification of the Subarctic North Pacific.

“As glaciers grew and sea levels fell around 1 million years ago, the Bering Strait would have closed, retaining colder water within the Bering Sea,” said Kender. “This expanded watermass appears to have stifled the upwelling of deep CO2-rich water and allowed the ocean to sequester more CO2 out of the atmosphere.”