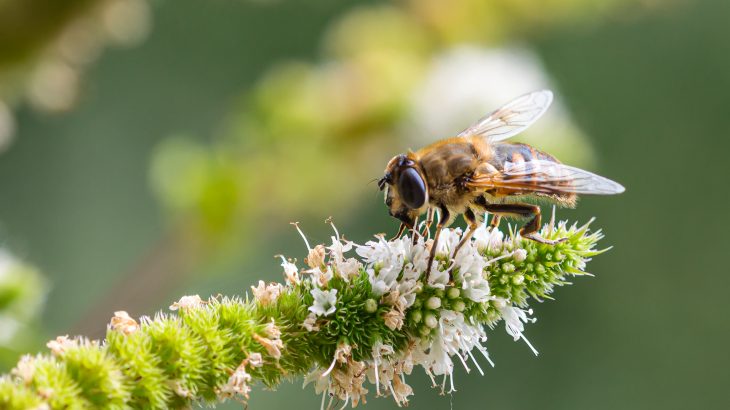 Widespread biodiversity loss has led to policies that are designed to protect habitats and minimize future species extinctions. However, the biodiversity forecasts used to inform these policies are mostly based on the assumptions of a simple theoretical model, and a new study has found that this model is too optimistic.

A team of scientists led by the German Centre for Integrative Biodiversity Research has determined that current biodiversity forecasts underestimate the number of local species that go missing when small habitats are disrupted.

One of the most fundamental principles in biodiversity estimates the number of species lost based on the size of the habitat that is destroyed. But this theory does not account for “ecosystem decay,” a phenomenon in which a greater number of species is threatened by habitat loss than predicted by theory.

Ecosystem decay is a term coined by conservation biologist Thomas Lovejoy when he was describing the fate of small forest islands in the Brazilian Amazon that had been transformed by clearcutting. The normally dark parts of the forest were bombarded with sunlight, causing irreparable damage to plants that were adapted to low light conditions. Large animals, including monkeys and big cats, vanished from the islands.

For the current analysis, the experts spent years compiling data contained in 123 studies on habitat loss from all over the world including tropical forest islands left within agricultural matrices of oil palm, coffee, chocolate and banana trees, islands in lakes that were created during the construction of dams, and nature reserves isolated by expanding agriculture and urbanization.

In many cases, the information that the team needed was not available in the published paper.

“We often went back to the authors of the studies. Many of them went above and beyond, digging up old field notebooks and cracking long-expired versions of software and hardware to get us what we needed for our analyses,” said study co-author Dr. Jonathon Chase.

“Mathematical models that are used for biodiversity forecasts typically ignore the effects of ecosystem decay. This is because we have not, until now, had systematic evidence for just how strong its effects are across ecosystems and species groups,” said Dr. Chase. “This means that most forecasts underestimate how much biodiversity is being lost as habitats are lost.”

The overall effect of ecosystem decay was conclusive, but the scientists found some interesting variation that was dependent on the landscapes surrounding a fragmented or lost habitat.

“The quality of the land between the habitat islands, which we call the matrix, influenced just how strong the effect of ecosystem decay was,” said study co-author Dr. Felix May.

Study co-author Dr. Tiffany Knight said the team was surprised to find weaker ecosystem decay in studies from Europe, where habitat loss often occurred many hundreds of years ago, compared to studies from other places where losses occurred more recently.

“We expected the opposite, because ecosystem decay is thought to emerge slowly as species go extinct. But what we found is that different species replaced those that were lost,” explained Dr. Knight.

Even though the findings seem to be dismal, the researchers see the outcome as a step in the right direction.

“What we have found is that it is possible to make more realistic projections for how biodiversity will be lost as habitats are lost,” said Dr. Chase. “This will allow us to make more informed policies regarding habitat protection and provides added incentives for restoring habitats to restore the biodiversity within.”