Identifying the enormous bird carvings in the Peruvian desert • Earth.com 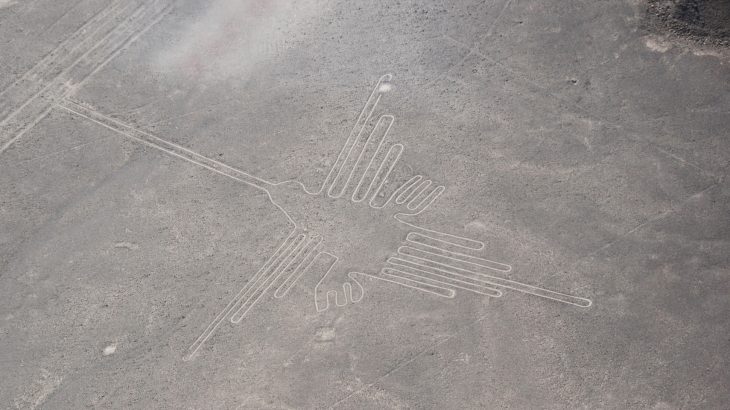 Identifying the enormous bird carvings in the Peruvian desert

Identifying the enormous bird carvings in the Peruvian desert. Roughly 400 kilometers south of Lima, Peru is a desert landscape on which the enormous profiles of animals and plants are etched into the plains.

These lines and geoglyphs of Nasca and Palpa were carved into the ground between 400 B.C.E. and 1000 C.E. by pre-Inca people, and include huge birds as well as geometric designs. Many of these outlines are so gigantic that they are best seen in aerial photographs.Identifying the enormous bird carvings in the Peruvian desert

For years, scientists have been trying to unravel the mystery of why these drawings were made. One of the first steps in solving this is to identify the species that are depicted.

To that end, Masaki Eda of The Hokkaido University Museum, Takeshi Yamasaki of Yamashina Institute for Ornithology, and Masato Sakai of Yamagata University used an ornithological approach to identify 16 bird geoglyphs (there are over 2,000 present in the area).

“Until now, the birds in these drawings have been identified based on general impressions or a few morphological traits present in each figure,” says Eda. “We closely noted the shapes and relative sizes of the birds’ beaks, heads, necks, bodies, wings, tails and feet and compared them with those of modern birds in Peru.”

Using this approach, the researchers were able to re-classify a previously identified hummingbird as a hermit, and a guano bird along with an unidentified bird as pelicans.

Interestingly, although these bird species do exist in Peru, they are found in parts of the country far from where the drawings were made.

“The Nasca people who drew the images could have seen pelicans while food-gathering on the coast,” Eda says. “Our findings show that they drew exotic birds, not local birds, and this could be a clue as to why they drew them in the first place.”

The researchers plan on doing further comparisons with birds drawn around the same time on pottery, as well as bird remains excavated from Nasca ruins, in order to identify more of the birds that were carved into the desert so long ago.