Birds are victims of lethal dehydration from climate change • Earth.com 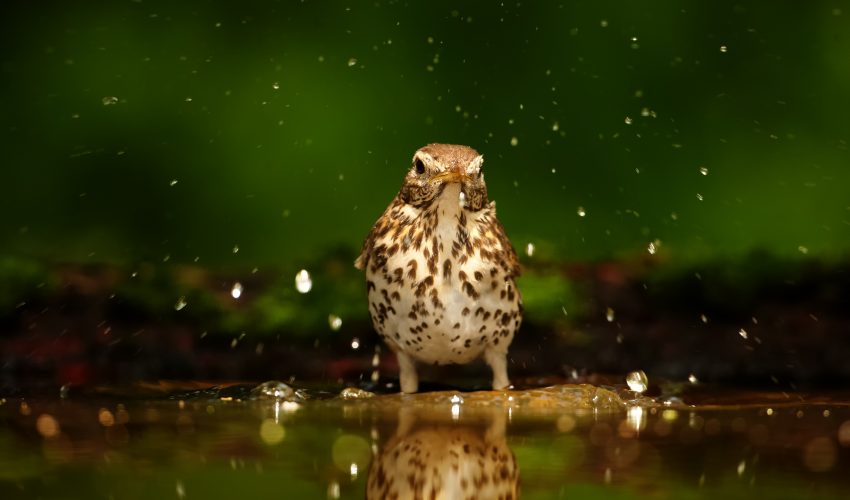 Birds are victims of lethal dehydration from climate change

One of the most serious repercussions of climate change is of course the dramatic rise in temperature worldwide. But now, findings from a recent study show that song birds – especially the smallest of them – are vulnerable to lethal dehydration when heat robs them of water resources.

“Using measured rates of evaporative water loss, hourly gridded weather data, a 4 °C (104 degrees F) warming scenario, and physiological models, we show that songbirds in the deserts of the southwestern United States are increasingly susceptible to death from dehydration on hot days”, the researchers wrote.

Death actually comes in two forms for the birds: heatstroke and dehydration

“Most animals can only tolerate water losses that result in 15 or 20 percent loss of body mass before they die,” said Dr. Alexander Gerson, a professor of biology at the UMAmherst and a co-author of the study. “So an animal experiencing peak temperatures during a hot summer day, with no access to water, isn’t going to make it more than a few hours.”

The smaller birds lose a higher percentage of their body weight in water loss, faster. The researchers concluded that, if temperature patterns continue as expected, by the end of the century these smaller birds will experience up to 25 days of lethal dehydration per year, rather than the current number of seven days, which is still too high.