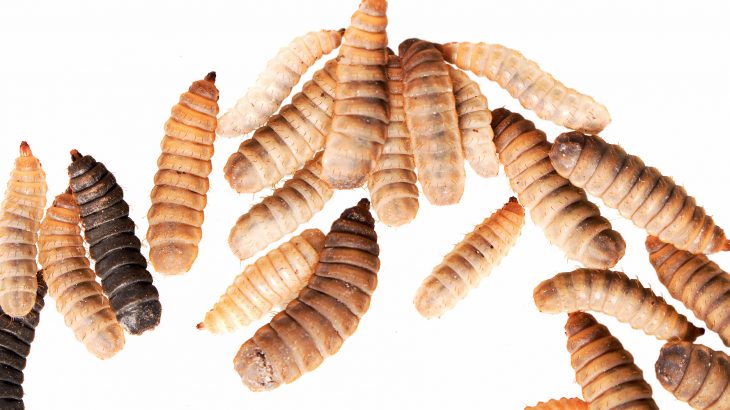 A new report from the Washington Post describes how the harvesting of black soldier fly larvae has the potential to “revolutionize the way we feed the world.” One acre of these larvae can produce more protein from organic waste than 3,000 acres of cattle.

The global population is expected to reach nearly 10 billion by mid-century, which is an increase of three billion people from 2010. As we approach this population explosion, experts are looking for sustainable ways to feed the world.

One of the biggest targets is a major shift away from animal proteins by finding meat substitutes. Insect protein is high-quality protein, and there are more than 1,700 types of insects that have been identified by scientists as being edible.

Jeff Tomberlin, a professor of entomology at Texas A&M University, told the Washington Post that the black soldier fly larvae industry could “save lives, stabilize economies, create jobs, and protect the environment.”

A single soldier fly colony can transform a ton of waste, including food waste or manure, into 100 pounds of high-quality protein and 400 pounds of compost.

“There’s no reason why we shouldn’t be doing this at some scale throughout the world,” said Tomberlin.

A company called Symton BSF harvests the larvae of black soldier flies and sells it as food for reptiles and exotic pets. The larvae are fed a proprietary grain blend that will provide the optimal nutrition for the animals that will feed on them. The soldier fly is also very high in calcium, containing 50 times more per gram than crickets or mealworms

Beyond their value as food, soldier flies are also great at eliminating food waste, consuming twice their weight in food in a single day. The maggots could be used to help eliminate a portion of the millions of tons of CO2 that is released from rotting food waste.

“There’s been a lot of effort put into cricket flour or mealworms for protein ingredients for everything from pasta to cookies to chips,” Tomberlin told the Post, adding that soldier fly protein will likely follow. “When you walk in these facilities in the next 10 years, we’ll look back at this era and say we were just getting started.”