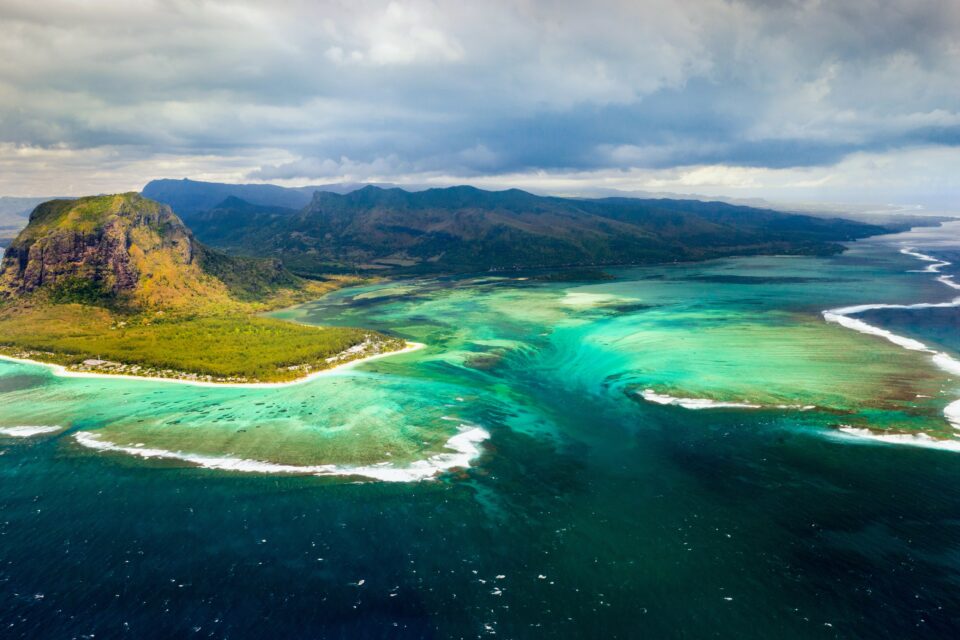 Coral reefs around the islands of the Chagos Archipelago in the central Indian Ocean are isolated, protected and largely immune from the effects of pollution, overfishing and disturbance in general. However, they cannot escape the marine warming events that have become more common in recent times due to climate change and global warming.

Two major global heating events have affected the coral reefs of these remote islands; one in 1997/1998 and the other in 2015/2016. Both these events caused wide-spread coral mortality down to a depth of 25 m. While most of the reefs recovered to pre-bleaching levels of coral cover and community composition within seven to ten years after the 1997/1998 event, recovery after the 2015/2016 event is the subject of an ongoing investigation.

In a recent publication in the journal Limnology and Oceanography, marine scientists from the University of Exeter describe how they have assessed the recovery of 12 different reefs on the atolls of the northern Chagos Islands. They quantified changes in live coral cover, species diversity and ecosystem structure in 2015, 2018 and 2021 in order to monitor the recovery of these reefs after the bleaching event. In addition, they used the ReefBudget methodology to assess the state of calcium carbonate deposits associated with the reefs.

While there are excellent previous studies that have explored recovery trajectories of coral cover and community composition after the global 1997/1998 bleaching event, the recovery of reef carbonate budget states is poorly documented. Carbonate budgets on reefs are affected by the total of processes that deposit calcium carbonate, for example by the action of corals and crustose coralline algae, and the processes that erode away these deposits.

After the 2015/2016 bleaching event, coral cover on the Chagos reefs was severely reduced and all sites shifted toward communities characterized by higher cover of crustose coralline algae, turf, sand, and rubble. The survey of 2018 showed that the coral cover was still “shrinking,” and that calcium carbonate production was 70 percent lower than it had been before the bleaching event, when the reefs were thriving. Furthermore, the erosion processes in action far exceeded the rate of new coral growth in 2018.

When the researchers returned in 2021, however, all the reefs were on a trajectory of recovery, although the extent of recovery varied from site to site. It was clear that, where key coral species had returned quickly and the physical reef structure had stayed intact, there was a rapid transition back to positive growth only six years after the mortality event. This is considered to be a fairly rapid recovery and is indicative of a reef’s health and resilience.

“Such high rates of coral recruitment and the rapid restoration of reef functions are a very nice surprise and imply that this location is showing some resilience, thus far, to ongoing ocean warming,” said lead author Dr. Ines Lange, a postdoctoral research fellow in a multi-institutional project funded by the Bertarelli Program in Marine Science. “A full recovery of reefs across the Chagos Archipelago over the next few years is likely if the region is spared from recurring marine heating events.”

“The study shows that in remote and protected areas without local impacts such as fishing or pollution from land, coral reefs and the important functions they provide are able to recover relatively quickly, even after large-scale disturbances.”

“Proximity to healthy coral populations and the maintenance of a complex reef structure seems to boost recovery speed, which may help to manage reefs under the threat of increasing frequency of bleaching events predicted for the near future,” explained Dr. Lange.

Study co-author Professor Chris Perry, from the University of Exeter, developed the census-based ReefBudget method to quantify reef carbonate budgets. These are important indicators of a reef’s health and ability to provide habitat to marine life. In this study, Professor Perry and Dr. Lange optimized the method for the central Indian Ocean by quantifying and integrating local rates of coral growth and erosion by parrotfish.

The authors state that, although reefs on some of the Chagos Islands still had more erosion than new coral growth in 2021, reasonably fast recovery of coral cover and carbonate budgets was evident across all sites. This suggests potential for full recovery of these reefs and their important ecosystem functions within the next few years. This pattern of recovery represents the potential scenario on isolated, undisturbed reefs, and helps scientists to understand the ecological factors influencing recovery rates in the absence of local stressors.