Bold male birds are more monogamous than the shy ones • Earth.com 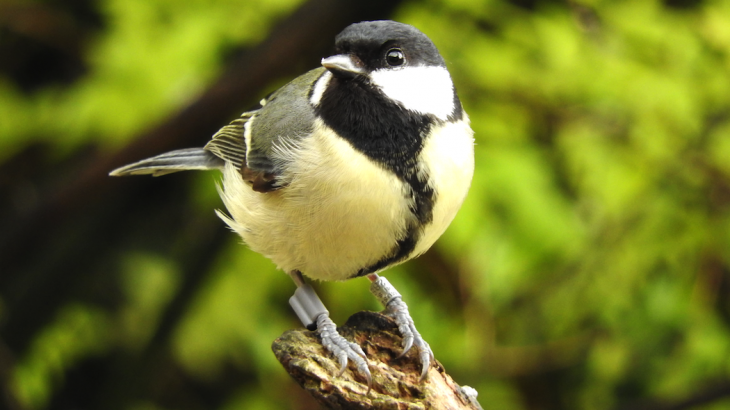 Bold male birds are more monogamous than the shy ones

A new study from the University of Oxford has demonstrated that the varying personalities of male great tits influence how they bond with their future breeding partners. The research revealed that male birds who are shy have a tendency to play the field, while the males who are more bold focus on forming strong, monogamous relationships.

The courageous males were also found to be more proactive by selecting their future partners sooner. In addition, they put more effort into their relationship before the breeding season began. Shy males were less dedicated to forming a strong bond, and spent their time flocking with other females.

“Finding a mating partner is of utmost importance to these birds, just as it is for many species across the animal kingdom,” said study lead author Dr. Josh Firth. “We wanted to ask why individuals of the same species differ so much in how much effort they put into forming these relationships.”

The study was focused on the personality traits of hundreds of great tits at Oxford University’s Wytham Woods. The research team used radio-frequency identification tags to track the birds and their social networks over several years.

“We show that personality plays an important role explaining the differences in pair-bonding tactics; proactive males dedicate more time to their chosen future partner, even long before mating begins, while the less proactive males take the alternative option of sampling lots of different females right up until the breeding season actually starts,” explained Dr. Firth.

“Through linking differences in male bird’s behavior to different mating strategies, the findings suggest their may be no ‘best personality’ to have, and therefore help explain why we even see these differences in personalities in the first place. It could well be the case that being bold and proactive is better for finding a good partner in some social situations, while more reserved strategies are preferable in others.”

The study authors hope that the findings will lead to further research on how individual behavioral differences can shape social relationships across various species.