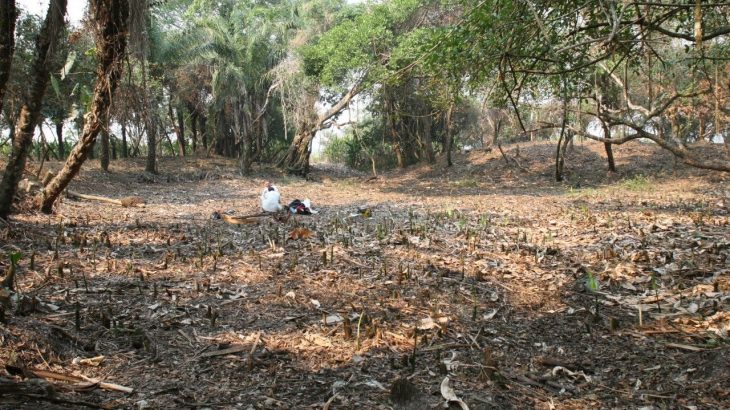 According to a new study, led by Gabriela Prestes-Carneiro of Federal University of Western Para, Brazil, a network of fish ponds in the seasonal drylands of Bolivia supported a permanent human settlement about 1,000 years ago.

This research shows how exactly humans modified their environment to support themselves through the months-long Amazon Basin droughts.

Previous studies have found that humans settled the Llanos de Mojos region in central Bolivia — an area that experiences flooding rain from October to April and then drought throughout the rest of the year — around 500 AD.

These people built earthen mounds on which to settle, and built a series of shallow ponds, all connected by canals, in order to trap rainwater to last them through the dry season.

Prestes-Carneiro and her team conducted osteological and taxonomic identifications on the remains of over 17,000 fish at the most significant archaeological pond-based site in this region, called Loma Salavtierra.

They were able to identify over 35 different taxa of fish, with the majority being swamp-eels, armored catfish, lungfish, and tiger-fish. All of these species are adapted to live in low-oxygen, level-fluctuating waters — as was the case of the pond waters.

These findings, published in PLOS One, tell researchers that these ponds were most likely used to harvest fish year round.

“The savanna, in contrast to the large Amazonian rivers, presents a distinct set of fishing habitats where humans likely established specific fishing strategies,” the authors note.