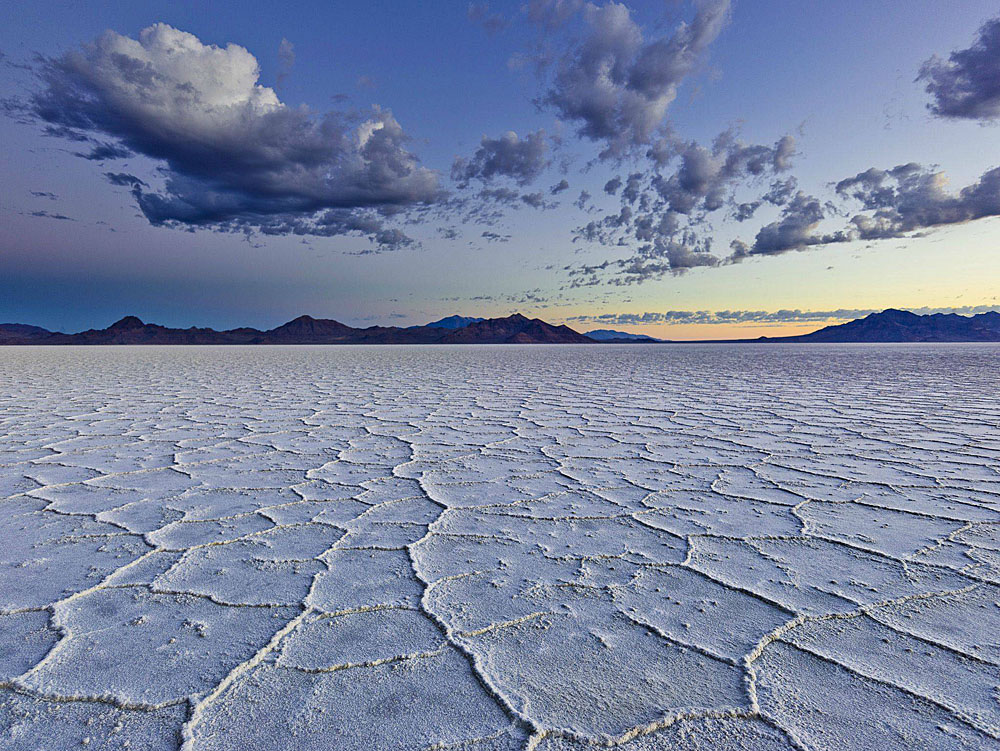 A small city of tents, trailers and thousands of visitors appears almost every August in the Utah desert to watch cars, motorcycles and anything with wheels rocket across gleaming white sheets of salt at speeds of 400 mph.

But wet weather has forced the cancellation of Speed Week for the second straight year and revived a debate about whether nearby mining is depleting the Bonneville Salt Flats of their precious resource.

Racers say they have worried for decades that mining is draining an aquifer that helps replenish the flats each year, leaving smaller amounts of the smooth, hard salt that makes for a nearly glass-like surface for cars hurtling across the landscape.

Federal land managers who oversee the flats say they don’t have any evidence that the salt is being depleted and point to the anomaly of heavy rains around the time of the event this year and last year.

“The main international racetrack used to be 13 miles in length,” said Stuart Gosswein with Save the Salt, a group of race aficionados that has raised the alarm. “Now we can’t even find 7 miles.”

The white, treeless landscape rimmed by purple mountains has served as a backdrop for films like “Independence Day,” countless car commercials, TV shows and photo shoots. The flats, composed almost entirely of common table salt, have also attracted racers for more than 100 years with the hope that the hard, smooth track will help them beat the clock.

It’s where David Abbott “Ab” Jenkins set an endurance record in 1940 with his vehicle, the “Mormon Meteor.” It’s also where New Zealand racer Burt Munro set speed records on his modified bike, including a 1967 record of 183.58 mph, which still stands today. The feat was later depicted in the 2005 Anthony Hopkins movie, “The World’s Fastest Indian” – also filmed at the flats.

The annual Speed Week race in late summer is the largest annual racing event, drawing hundreds of teams and filling restaurants and hotel rooms in the nearby border cities of Wendover, Utah, and West Wendover, Nevada, with spectators and pit crews.

Wendover Mayor Mike Crawford, who owns an auto-parts shop in town, said the decision by race organizers to cancel this year’s event while it is still weeks away will be a bigger economic blow than last year, when a monsoon storm left standing water on the track on the eve of the race. The event’s organizer, the Southern California Timing Association, canceled the 2014 event after racers and fans had already arrived at their hotels.

“Nobody’s going to go out of business, nobody’s going to lay off people,” Crawford said. But “it gives you a little bit of cushion to go through the winter, which is slow in Wendover.”

Over six decades, organizers have canceled the race periodically due to weather. Before last year, the last time it was scuttled was in the 1990s.

The U.S. Bureau of Land Management, which oversees the flats, doesn’t believe the flats are shrinking but is still requiring the mining company to pump brine onto the flats every winter and launch a detailed study of the salt crust later this year. Both are requirements of the company’s permit issued in 2012, said Kevin Oliver, the manager of the BLM’s west desert district.

Driving or racing doesn’t damage the salt as long as the flats are dry and hard, according to the BLM.

Gosswein said his Save the Salt coalition doesn’t want to wait for another study of the salt crust. They want to truck in dry salt to thicken the flats and are pressuring Utah’s congressional delegation over management of the area.

“This thing has been studied to death,” Gosswein said. “It’s time to do something.”

Timing association president Bill Lattin said he’s seen the salt thick and thin over the 40-plus years he’s been coming to Bonneville, but he’s never seen as much mud covering the course as there is this year, with the spread not even sparing enough decent salt for organizers to scrape out a short 3-mile course.

Lattin suspects the brine that’s pumped over the flats with the hope of rebuilding salt levels each year has instead trapped and pickled mud dumped from earlier storms, leaving the salt thin and rough.

Racers may be able to make up their time trials at an abbreviated event later this year, but it’s entirely up to Mother Nature, he said.

“Man can’t heal the salt the way it is. It needs time to just collect more salt, have more rain and do what it does naturally,” Lattin said.