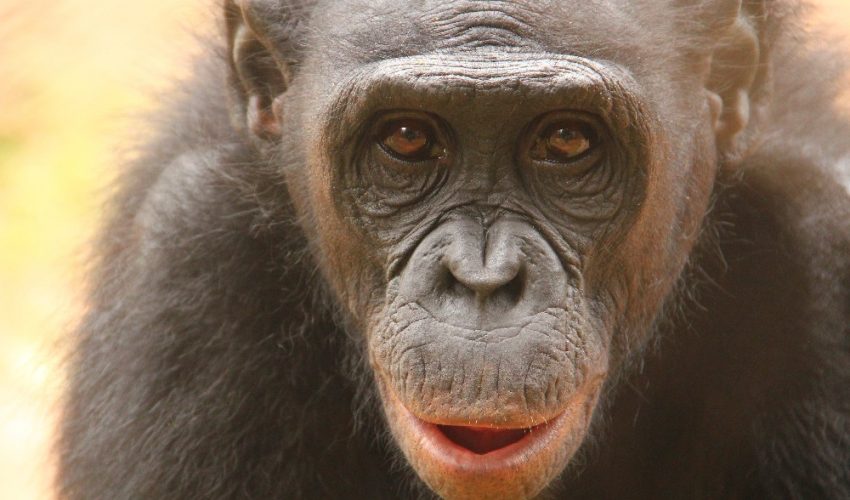 Primatologists at Kyoto University are looking to our closest cousins to solve a gut-churning mystery: how the concept of disgust evolved.

The researchers looked at how bonobos reacted to a wide variety of foods to see if they share this emotion with humanity, and perhaps get some clues into why it exists in the first place. Did the “ick factor” originate as a way to protect against germs, millennia before humans even knew what a germ was?

“Current studies suggest that animals evolved a system to protect against such threats, now known as the adaptive system of disgust,” lead author Dr. Cecile Sarabian said in a news release. “For example, bodily fluids are universal disgust elicitors in humans, and recently, we published evidence that the same reaction exists in our primate cousins.”

In the new study, published in the journal Philosophical Transactions of the Royal Society B, the researchers wanted to see whether bonobos also showed disgust at food items that might spread illness.

To test this theory, they presented the primates with a variety of fruits. Some was fresh while other pieces were rotten. Some food items were “dirtied” with items like soil or feces and presented alongside clean, fresh fruit. In other sets, they slipped in fruits that the bonobos wouldn’t see in the wild, like apples, to see if disgust evolved among the primates toward new or unfamiliar foods – something that picky human eaters might be accused of.

The bonobos were happy to sample clean, fresh food, but avoided anything that seemed contaminated, even if it was just linked by smell. They ignored food close to a source of contamination, even if it was otherwise clean, but ate foods farther away.

But unlike humans, bonobos were eager to try new foods, as long as they were clean and fresh.

“There’s some evidence from humans and other animals – classically with rats – on what we call food neophobia, which is an inclination to stay away from or be cautious around new foods,” senior author Andrew MacIntosh said. “This might also be related to our tendencies to avoid things that might make us sick, with different individuals being more or less conservative in both cases.”

Bonobos don’t seem to have developed the same disgust toward new food items – but more research would be needed to confirm that adventurous spirit toward new flavors, the researchers said.