How the brain breaks tough decisions down into smaller pieces • Earth.com 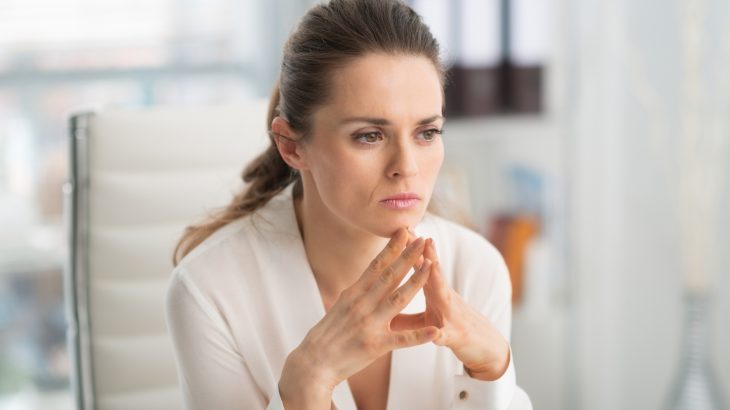 How the brain breaks tough decisions down into smaller pieces

When we’re faced with a complex decision or a tough choice, we often break down the process into a hierarchy of smaller, more manageable decisions.

The problem is, while this process can help us make a key decision, when something goes wrong after our choice, it can be difficult to pinpoint where a better decision could have been made along the way.

Neuroscientists from the Massachusetts Institute of Technology explored hierarchy decision making in animals to better understand how the brain assesses each step to determine what went wrong.

In a new study published in the journal Science, the researchers discovered that the brain goes through two computations in the frontal cortex to gauge the success or failure of each step. In each stage, the brain works to confidently confirm that the decision made was the right one.

The frontal cortex is key to calculating confidence in each step in hierarchical decision making.

“Creating a hierarchy in one’s mind and navigating that hierarchy while reasoning about outcomes is one of the exciting frontiers of cognitive neuroscience,” said Mehrdad Jazayeri, the senior author of the study. “One of the things that is thought to be critical for hierarchical reasoning is to have some level of confidence about how likely it is that different nodes [of a hierarchy] could have led to the negative outcome.

The researchers first needed to find a way to study hierarchical decision making in the brain and so they created a specific task.

With the task, an animal would see a flash of light and have to choose between one of two eye movements if the accompanying flash of light occurred before or after 850 milliseconds.

The researchers switched up the rules of the task by changing the correct eye movement choice after 10 to 28 trial flashes. If the animal made the right eye movement, a reward was given. The researchers also recorded neural activity in the frontal cortex after each trial.

When the rules changed, the animal had to learn what went wrong if they didn’t get a reward after the second flash of light. This allowed the researchers to see how confidence in past decisions factored into new choices.

Confidence played a role in the animal’s behavior, and the researchers found that when the length of time between flashes was obviously longer or shorter than 850 milliseconds, the animals were more confident.

When the time between flashes was right on or around the 850 mark, the animals had a harder time choosing.

The neural activity records showed that two regions of the brain, the anterior cingulate cortex, and dorsomedial frontal cortex became active after an animal made the wrong choice.

Activity in the anterior cingulate cortex seemed to predict how an animal would decide to respond to a rule switch and gauge their previous decisions.

The results of the study help show how we make decisions and what factors help influence complex decision making.