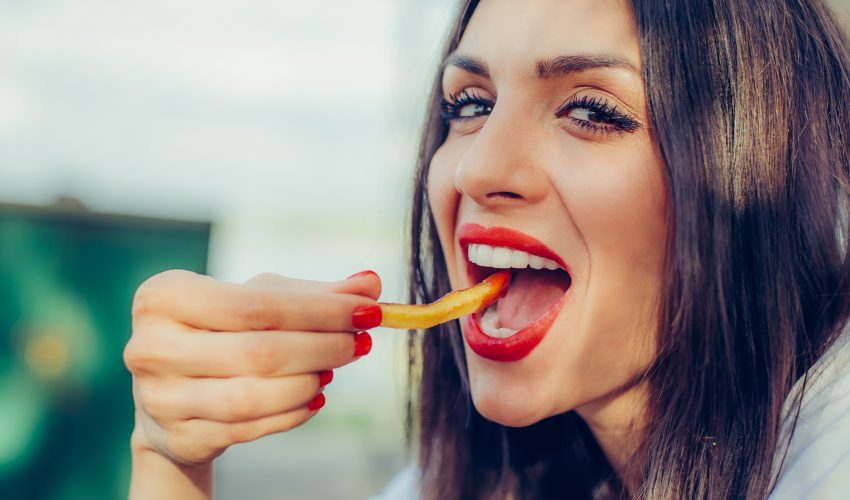 If given a choice between fatty snacks, sugary sweets, or foods high in both fat and carbohydrates, a new study found that people prefer the latter.

With obesity on the rise in the United States, researchers are working to pinpoint what exactly motivates our food choices and how our brain translates the caloric and nutritional value of food.

Previous research has found that unhealthy foods not only cause weight gain but also change brain signaling to inhibit the feeling of being full and make fatty foods more appealing.

But now, researchers led by Yale University‘s Modern Diet and Physiology Research Center have found that the reward center of the brain values foods high in fat and carbohydrates, even when given a choice between healthier options and favorite foods.

The study could help explain what underlying mechanisms dictate obesity, and the results show that high fat and carbohydrate foods actually hijack the body’s signals that manage food choices.

“The biological process that regulates the association of foods with their nutritional value evolved to carefully define the value of a food so that organisms can make adaptive decisions,” said Dana Small, the study’s senior author. “For example, a mouse should not risk running into the open and exposing itself to a predator if a food provides little energy.”

206 adults took part in the study and researchers scanned the participants’ brains while showing them photographs of different foods and snacks high in fat, carbohydrates, and sugar.

The participants were also told they could bid on a food item of their choice and were willing to pay more for the snacks that were high in both carbohydrates and fats.

Foods high in both fats and carbs also triggered a stronger response in the reward center of the brain, even when the participants were shown a favorite food, a sweet, or a larger portion size of a different food.

“Surprisingly, foods containing fats and carbohydrates appear to signal their potential caloric loads to the brain via distinct mechanisms,” said Small. “Our participants were very accurate at estimating calories from fat and very poor at estimating calories from carbohydrate. Our study shows that when both nutrients are combined, the brain seems to overestimate the energetic value of the food.”

A possible explanation for why we value fat and carb combinations more could date back to our hunter-gatherer ancestry and the evolution of our brain’s response to different foods.

It’s believed that our past relationship with carbohydrates influences the release of dopamine in the brain when presented with certain foods.

Highly processed foods have only been around for the past 150 years and as such our brains have not evolved a new response to them.

The study was published in the journal Cell Metabolism.