Bromeliads are to blame for the zika virus in Miami • Earth.com 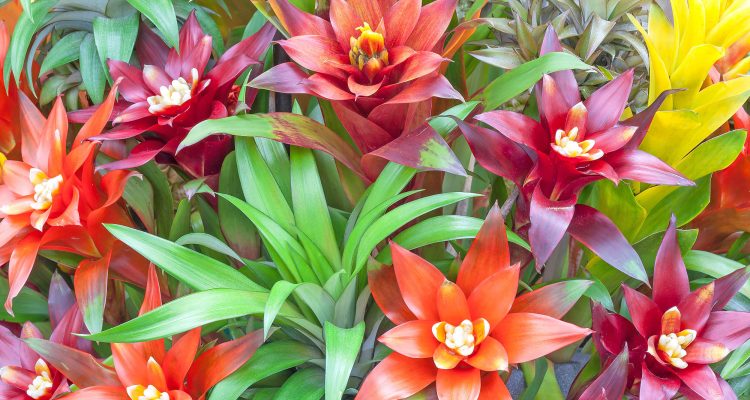 Bromeliads are to blame for the zika virus in Miami

Just over a month ago, Miami Beach Botanical Garden was home to over 2,000 colorful, water-trapping bromeliads, some featuring red flowers that burst like fireworks from dark green spirals. Identified as breeding grounds for mosquitoes that carry Zika, they’ve all been pulled out, leaving shallow depressions in flower beds and exposing irrigation lines.

Walking through the quiet haven in South Beach recently, executive director Sandy Shapiro pointed to where spiky yellow leaves once topped a block of stone at the entrance gate and where thick leaves with purple speckles would have served as camouflage for a 3-foot iguana sunbathing at the edge of a small pool. Only mulch fills those spaces now.

“It’s been disastrous,” Shapiro said at a meeting she hosted Sept. 20 to calm gardeners and growers angry about recommendations to uproot bromeliads to stop the spread of Zika.

City officials pulled all bromeliads from the 2.6-acre garden in South Beach, as well as from medians and parks, at the end of August. They also recommended all Miami Beach residents and businesses do the same, because mosquitoes can breed in water trapped by bromeliads’ cylindrical centers, formed by leaves growing out in spiral patterns. Residents elsewhere in South Florida also have followed suit.

The garden is within the large portion of Miami Beach, a 7-mile-long barrier island, that Florida health officials believe is the only current area of active Zika transmission.

The state’s bromeliad-growing community has reacted with dismay, saying bromeliads have been scapegoated and that instead of fueling Zika fears, the city could be adjusting landscaping practices to make bromeliads less hospitable to mosquitoes.

Bromeliads aren’t the only plants that trap water in their leaves, and growers say debris like lawn clippings that fall into gutters, flower pots or other items that collect water are as much to blame for providing organic materials that mosquito larvae eat.

“It’s heartbreaking to have bromeliads ripped out when they’re not the main culprit,” said Jenessa Kauth, an employee at Bullis Bromeliads in Princeton, Florida.

City officials say they’re targeting mosquitoes, not bromeliads, to stop the spread of a virus that can cause severe brain-related birth defects, including disastrously small heads, when pregnant women become infected. Zika can also be sexually transmitted, but in a Sept. 23 report, the U.S. Centers for Disease Control and Prevention primarily blamed mosquitoes for the cluster of Zika infections in Miami’s Wynwood neighborhood.

“We were made aware by the Florida Department of Health of this ideal breeding ground, and upon meticulous inspection of our own plant inventories, we found the existence of mosquito breeding to be frequent. Our top priority is to keep Miami Beach residents and visitors safe,” Melissa Berthier, spokeswoman for the city manager, said in an email.

Growers worry bromeliads could face a similar fate as hundreds of thousands of orange, grapefruit and key lime trees in Florida. State agriculture officials cut down even healthy trees between 2000 and 2006 to try eradicating a bacterial disease threatening Florida’s citrus industry.

Elsewhere in Miami-Dade County, officials recommend treating bromeliads with bacterial pesticides and regular hosings to flush out mosquito larvae, but suburban homeowners apparently are listening to officials in Miami Beach and uprooting bromeliads from their yards, according to Alex Bello, incoming president of the Bromeliad Society of South Florida.

“Driving around, I have been seeing landscapers ripping everything out,” Bello said. “I’m picking bromeliads out of the trash that are worth $75 to $100.”

Florida sales of bromeliads for indoor and patio use totaled $38.8 million in the U.S. Department of Agriculture’s 2014 Census of Horticultural Specialties. Bromeliad sales for outdoor landscaping add roughly $7.8 million more, according to Ben Bolusky, CEO of the Florida Nursey, Growers and Landscape Association.

Brandon Cornejo, a design staff member at the Miami landscape architecture firm Raymond Jungles Inc., said that instead of removing bromeliads from designs, as the company did with citrus trees, the firm recommends ways to keep them mosquito-free: plant them where they can easily be flushed with a hose to remove larvae and faded blooms, tree leaves or other decaying material.

Miami Beach, however, will replace its bromeliads with different plants.

The city-owned botanical garden was one of five South Beach locations where Zika-infected mosquitoes were caught in traps. County officials say the number of mosquitoes that can transmit Zika has dropped in the garden since mid-August.

Insects in the garden didn’t seem affected by pesticide spraying throughout South Beach that riled residents concerned about the potential health and environmental costs of aggressive mosquito control. During Shapiro’s stroll through the garden after the Sept. 20 meeting, monarch butterflies flitted among the milkweed and bees darted in and out of a hive in a 100-year-old banyan tree.

Outdoor yoga, meditation classes and a farmers’ market in the garden have continued, but ticket sales for an Oktoberfest-themed fundraiser Sept. 23 were slow and three upcoming events booked at the garden canceled, Shapiro said.

“Concerns about the Zika,” she said.