Caffeine linked to a boost in male fertility • Earth.com 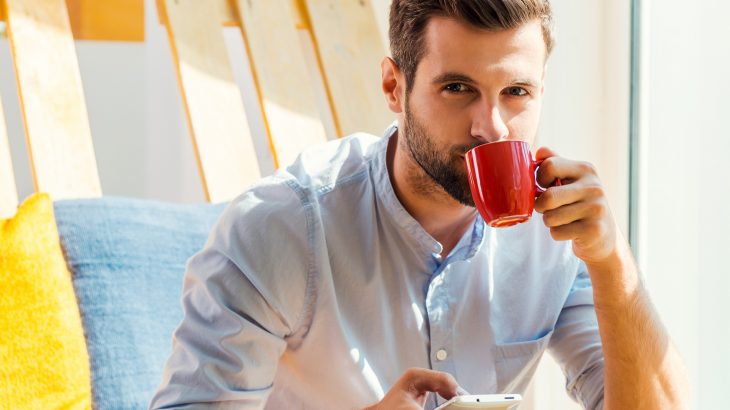 Caffeine linked to a boost in male fertility

A growing collection of research has found that male fertility has significantly dropped over the last four decades in western countries across North America, New Zealand, Australia, and Europe. According to an investigation that was published last year in the Human Reproduction Update, the collective sperm count among men in western countries has declined by more than 50 percent.

Organizations such as the Eu­nice Kennedy Shriver Na­tional In­sti­tute Of Child Health and Human Development (NICHD) are working to better understand the processes that underlie human reproduction in an effort to help alleviate infertility.

A recent study led by the NICHD has revealed that men who drink two or more cups of caffeinated coffee or tea on a daily basis are more likely to successfully impregnate their partners. The finding may be attributed to the effect of caf­feine on two chem­i­cals, Adenosine triphosphate (ATP) and Guanosine triphosphate (GTP), which are involved in energy transfer and metabolic reactions.

Pro­fes­sor Sheena Lewis of Queen’s Uni­ver­sity in Belfast explained how the consumption of tea or coffee may affect ATP and GTP in regard to the reproduction process: “Caf­feine pre­vents them from break­ing down so more en­ergy is avail­able to sperm, so it can swim faster or longer.”

Research from NICHD also found that women who drink al­co­hol ev­ery other day were 26 percent less likely to become pregnant, and that major depression and antidepressant use has a negative effect on both male and female fertility.

More information from NICHD’s Fertility and Infertility Branch can be found here: https://www.nichd.nih.gov/about/org/der/branches/fib.