California heat waves can be predicted by thunderstorms across the globe • Earth.com 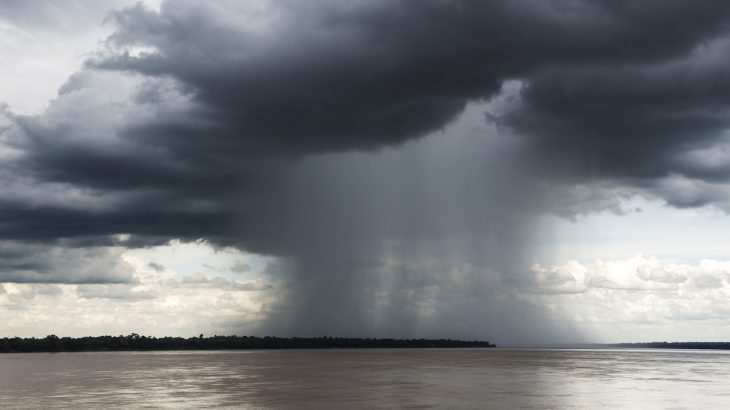 California heat waves can be predicted by thunderstorms across the globe

A new study from the University of California Davis has found that heavy rainfall over the Indian Ocean, eastern Pacific Ocean, and Southeast Asia can be used to predict heat waves across central California. According to the researchers, a major rainfall event in one of these regions is a good indication that temperatures will reach 100 degrees Fahrenheit within four to 16 days.

Study co-author Richard Grotjahn is a professor in the Department of Land, Air, and Water Resources at UC Davis.

“We want to know more about how extreme events are created,” said Professor Grotjahn. “We know that such patterns in winter are sometimes linked with areas of the tropics where thunderstorms are enhanced; we wondered if there might be similar links during summer for those heat waves.”

Heat waves are not uncommon across the Central California Valley, which spans 450 miles from just north of Los Angeles up to Redding. Around half of the nation’s fruits and nuts are grown on trees across the region, and heat waves can lead to major agricultural losses.

In 2006, central California’s dairy industry was hit hard with about $1 billion in economic losses from extreme heat, and the ability to predict these weather events could lead to proactive solutions.

For the current study, the scientists analyzed summer heat wave data from from 1979 to 2010 that had been collected by 15 National Climatic Data Centers stations located throughout the Valley. Based on this information, the researchers identified 24 heat waves.

These hot weather events were then compared to the phases of a large, traveling atmospheric circulation pattern called the Madden-Julian Oscillation (MJO). This pattern is characterized by heavy rain that migrates across the tropical Indian and Pacific Oceans.

“It’s well known that tropical rainfall, such as the MJO, have effects beyond the tropics,” said Lee. “So, a question comes to mind: (is) hot weather in the Central California Valley partly attributable to tropical rainfall?”

The study revealed that enhanced rainfall in the tropics does, in fact, precede heat waves in specific and relatively predictable patterns. The researchers also determined that hot weather in the Central Valley is most common after intense MJO activity in the eastern Pacific Ocean, followed by strong MJO activity in the Indian Ocean.

“The more we know about such associations to large-scale weather patterns and remote links, the better we can assess climate model simulations and therefore better assess simulations of future climate scenarios,” said Professor Grotjahn.