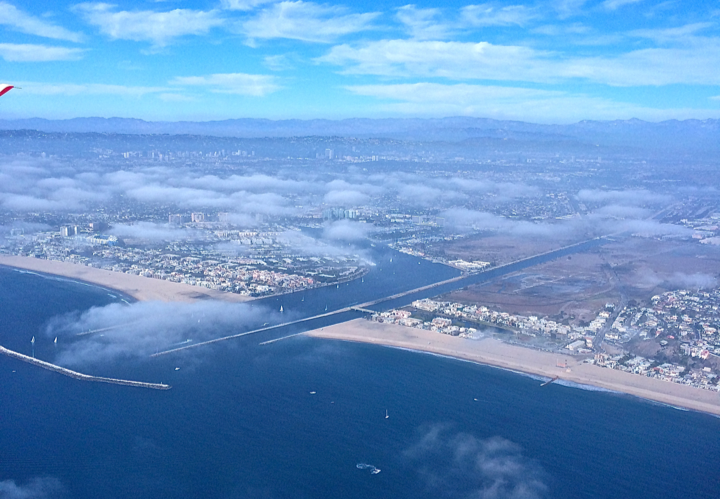 Is California getting too sunny? Fewer clouds increase fire risk

A new study from The Earth Institute at Columbia University has found that urban development and global warming are reducing cloud cover in many coastal regions of southern California. Low-lying clouds are not developing as frequently in the morning hours, and hotter temperatures are increasing the risk of wildfires.

Williams explained that increasing heat drives away clouds, allowing more sunlight through to heat the ground and dry out vegetation. Rapid urbanization, which increases near-surface temperatures, is the primary contributor to declining cloud cover, but the warming climate is also contributing to the issue.

The research team found that low-lying summer clouds have declined by 25 to 50 percent since the 1970s in Los Angeles. Normally, stratus clouds form over coastal southern California during early morning hours.

The researchers analyzed hourly cloud observations collected at airports to investigate the trend of changing cloud cover. They compared this pattern to data from the U.S. Wildland Fire Assessment System, where experts keep regular measurements of vegetation moisture in the hills outside of Los Angeles.

The comparison revealed that periods of less cloud cover during the summer directly corresponded with lower vegetation moisture and a higher risk of fire.

The total area burned in summer was not found to increase as a result of fewer clouds, but Williams said there are too many other factors at play, such as variations in rainfall and winds. Also, as urban areas have grown, burnable areas have decreased. Furthermore, fire-fighting strategies are becoming increasingly effective.

“Even though the danger has increased, people in these areas are very good at putting out fires, so the area burned hasn’t gone up,” said Williams. “But the dice are now loaded, and in areas where clouds have decreased, the fires should be getting more intense and harder to contain. At some point, we’ll see if people can continue to keep up.”