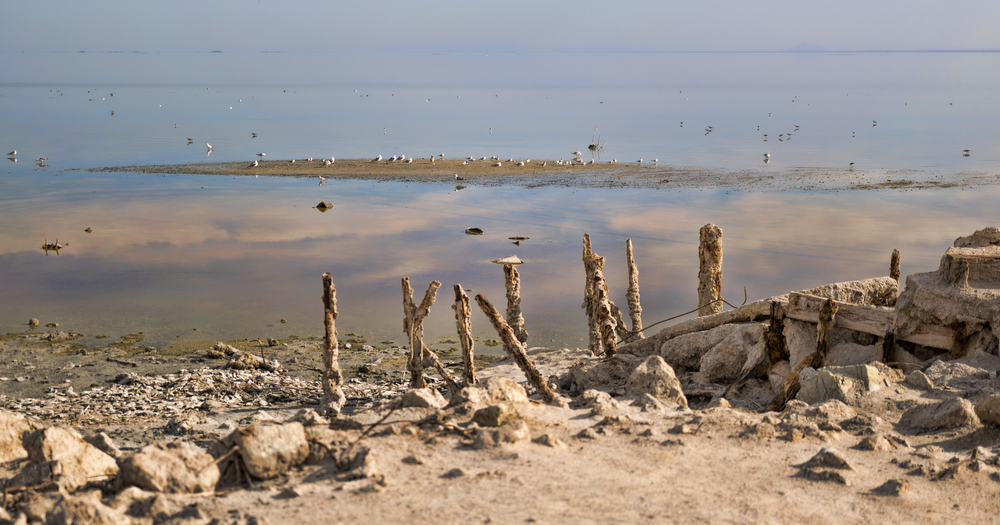 For years, the Salton Sea south of Los Angeles has been evaporating. The enormous inland sea has been shrinking, leading to fish kills, toxic dust storms laced with heavy metals and pesticides, and causing migrating birds and human settlements to pick up and leave.

For 15 years, the evaporation has been slowed by water contributions from San Diego, but those annual boosts will come to an end this year.

Now, the State of California has come up with a 10-year plan to mitigate the environmental disaster. The plan would divert water from the Alamo and New rivers into the lake.

The Salton Sea project would also build ponds around the lake to create wildlife habitat. The lake itself is too salty – and growing saltier due to evaporation – to easily support life.

“Under this plan, we’ll build the backbone infrastructure we need to limit airborne dust and create lower-salinity zones that sustain tilapia,” California Secretary for Natural Resources John Laird said in a press release [PDF] about the plan. “We are committed not only to getting started quickly on these projects, but also to learning as we go and adjusting so that our future work is as efficient and effective as possible.”

Why the need for human intervention at the Salton Sea?

The lake’s location has been a unique site for centuries, alternative between lake and desert. In 1905, the Colorado River breached a man-made canal that was intended to feed irrigation. Instead, it created a lake about 35 miles long, 15 miles wide, but only about 50 feet deep.

Farmers in the Imperial Valley kept the lake filled with the runoff from irrigation. The Salton Sea became a favorite resort location and the site of speedboat races and other recreation until the 1960s.

Then, the lack of a natural outflow began to take its toll, and the lake became saltier. In 2003, as Southern California farmers began relying on other water sources instead of the over-tapped Colorado River, less water flowed into the Salton Sea.

Now, the shrinking lake has caused problems due to the soil heavy with pesticides, arsenic and selenium. The salty lake has led to major erosion along the edges, and wind stirs up toxic dust storms.