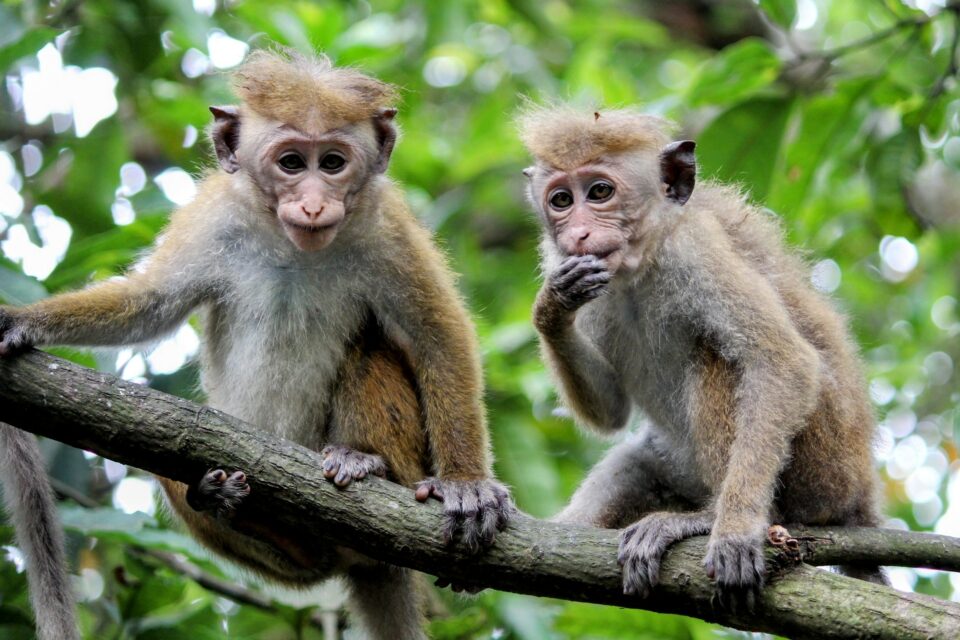 There has been much research recently exploring the role of the gut microbiome in the health of humans and other animals. Indeed, mammalian gut microbes have been shown to affect aspects of development, digestion, physiology, metabolism, immunity, mental health and behavior. In addition, individuals with autism or autistic-like behaviour are known to have altered gut microbe communities. Thus, the relationship between the microbiome and behavior is reciprocal, since social interactions can influence the gut microbiome, which in turn can affect social behavior.

With these connections in mind, researchers from the University of Oxford, U.K., and the University of Boulder, Colorado, set out to investigate the relationship between the gut microbiome and the social behavior of wild rhesus macaque monkeys (Macaca mulatta) on the island of Cayo Santiago, off Puerto Rico. In particular, they wondered whether monkeys with better social networks have healthier gut microbiomes compared to individuals that are less connected.

Macaques have an Asian origin and are found in many countries, including India, Thailand, China, Pakistan, Nepal, Bangladesh, and Vietnam. A group of 409 was introduced onto the 15.2 ha island of Cayo Santiago in 1938, and their behavior and social relationships have been studied there ever since. They live in social groups composed of a few adult males and many adult females and their offspring, and grooming is their primary means of making and maintaining relationships. Grooming interactions are thus a good indicator of social connectedness between individuals.

In this study, published in the journal Frontiers in Microbiology, 50 uncontaminated fecal samples were collected from a specific group of macaques between 2012 and 2013. The group consisted of 22 males and 16 females between the ages of six and 20 years. Social connectedness between group members was measured in terms of the time each monkey spent grooming or being groomed during this two-year period, as well as his or her number of grooming partners. In this way, the researchers could correlate social connectedness with the gut microbiome composition of the monkeys in the group.

“Macaques are highly social animals and grooming is their main way of making and maintaining relationships, so grooming provides a good indicator of social interactions,” explained study co-author Dr. Karli Watson from the Institute of Cognitive Science at CU Boulder.

DNA analysis of gut microbes was conducted by the researchers to find out how microbiome diversity within and between macaques was related to grooming interactions, whilst controlling for the effects of rank, sex, age, season and sampling year. The results showed that gut microbiome composition differed considerably between individuals in the group, as did the extent of social interactions.

For example, genera more abundant in the most sociable monkeys included Faecalibacterium and Prevotella. Conversely, the genus Streptococcus, which in humans can cause diseases such as strep throat and, pneumonia, was most abundant in less sociable monkeys.

Lead author Dr. Katerina Johnson, a research associate at the Department of Experimental Psychology and the Department of Psychiatry of the University of Oxford, said: “Here we show that more sociable monkeys have a higher abundance of beneficial gut bacteria, and a lower abundance of potentially disease-causing bacteria. It is particularly striking that we find a strong positive relationship between the abundance of the gut microbe Faecalibacterium and how sociable the animals are. Faecalibacterium is well known for its potent anti-inflammatory properties and is associated with good health.”

These findings are also consistent with findings in human populations where autism is associated with an altered gut microbial community. Autistic individuals engage in less social contact and it is possible that limited social interactions influence the gut microbiome negatively. However, the converse may also be true, namely that a distinctly altered gut microbiome may affect behavioral traits and, therefore, sociability. In this way, it is possible that the relationship between these two variables is indeed reciprocal.

Although none of the monkeys in the test group was classified as autistic, some were more sociable than others, and took part in more grooming activities. Just as in human society, some individuals show more social behavior while others are more isolated. Grooming in macaques involves hand-to-mouth actions and this undoubtedly affects the microbial community in the gut. Previous research has shown that grooming leads to increased similarity in the gut microbiomes of individual monkeys in social groups.

“The relationship between social behavior and microbial abundances may be the direct result of social transmission of microbes, for example through grooming. It could also be an indirect effect, as monkeys with fewer friends may be more stressed, which then affects the abundance of these microbes. As well as behavior influencing the microbiome, we also know it is a reciprocal relationship, whereby the microbiome can in turn affect the brain and behavior,” said Johnson.

“As our society is increasingly substituting online interactions for real-life ones, these important research findings underline the fact that as primates, we evolved not only in a social world but a microbial one as well,” said study co-author Dr. Robin Dunbar, a professor from the Department of Experimental Psychology at the University of Oxford.

The authors conclude: “Our findings advance our understanding of how gut microbial communities may be associated with host behavior and reveal that social relationships may be intertwined with health and immune status via the microbiota.”