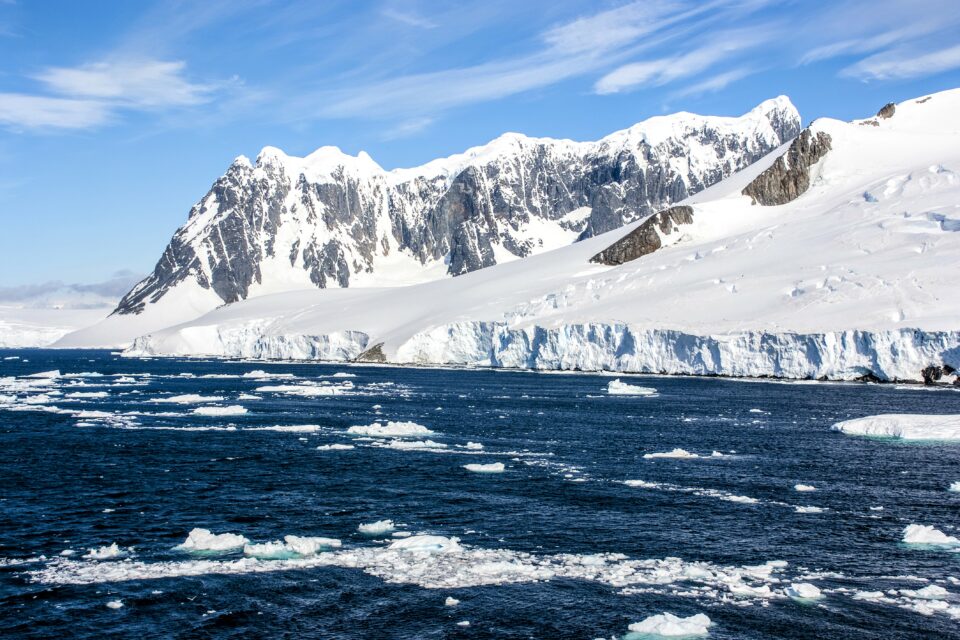 The East Antarctic Ice Sheet (EAIS) holds the record for being the driest, windiest and coldest place on Earth. It is also home to the thickest deposits of ice, measuring 4,800m (15,700ft) deep in places. Experts calculate that if the total volume of ice bound up in the Antarctic melted, this would release enough water to raise sea levels globally by around 50m. And that is without the contributions of the ice sheets covering Greenland and West Antarctica.

Climate has been warming noticeably over the past several decades, and glaciers all over the world have been thinning, retreating and melting. According to experts, this has already resulted in a 10 to 20mm rise in ocean levels globally. The EAIS has always been seen as a stable ice sheet because of its enormous size, and climatologists have not been overly concerned that it would melt and contribute to sea level rise. However, a new study published in the journal Nature has concluded that the EAIS is not as stable as previously thought and is likely to be vulnerable even to moderate levels of warming.

The study involved reviewing evidence of the EAIS’s responses to periods of increased carbon dioxide concentration and global warming in the past. For example, during the mid-Pliocene, around three million years ago, the carbon dioxide concentrations exceeded the current value of 417 parts per million. Temperatures were 2–4°C higher than present but global mean sea level eventually reached 10–25 meters higher. Evidence from sea-floor sediments around East Antarctica indicates that part of this great ice sheet collapsed at that time and contributed several meters to sea level rise.

Even as recently as 400,000 years ago, not that long ago on geological timescales, there is evidence that a part of the East Antarctic Ice Sheet retreated 700 km inland in response to only 1–2°C of global warming. These past changes in climate occurred over much longer timescales than the rapid and extreme warming that have taken place over the past few decades, and are attributed to cyclical changes in the way the Earth orbits around the Sun. However, the responses of the EAIS indicate that this “sleeping giant” is not immune to the effects of a warming temperature.

“A key lesson from the past is that the East Antarctic Ice Sheet is highly sensitive to even relatively modest warming scenarios. It isn’t as stable and protected as we once thought,” said study co-author Professor Nerilie Abram from the Australian National University.

The research team, including scientists from the UK, Australia, France and the USA, also examined satellite images of Antarctica taken over the past few decades, to see whether they could identify any recent changes. They found that, while most of the EAIS appears to be stable, there are places where the ice has become thinner and ice cover has shrunk.

“We used to think East Antarctica was much less vulnerable to climate change, compared to the ice sheets in West Antarctica or Greenland, but we now know there are some areas of East Antarctica that are already showing signs of ice loss,” explained study lead author Professor Chris Stokes of Durham University. “Satellite observations have revealed evidence of thinning and retreating, especially where glaciers draining the main ice sheet come into contact with warm ocean currents,”

Professor Stokes emphasized that even if these changes occur in only a few areas of the ice EAIS, they are still of huge concern because the ice sheet is so enormous that, if it melted, these areas alone would contribute 3–4m to sea level rise globally.

In the last part of the study, the research team used computer models to simulate the predicted effects of different temperature scenarios on the East Antarctic Ice Sheet by the years 2100, 2300 and 2500. Their results, published in the journal Nature, showed that, alarmingly, the EAIS is likely to be very sensitive to the levels of carbon dioxide and global warming in the future.

If the emission of greenhouse gases is reduced and only a small temperature rise results, the EAIS might be expected to contribute around two centimeters to sea level rise by 2100 – much less than the ice loss expected from Greenland and West Antarctica. However, if the world continues on a pathway of high greenhouse gas emissions, it is possible that the EAIS could contribute nearly half a meter to sea levels by 2100.

The models also predicted that, if emissions remain high beyond 2100 then the EAIS could contribute around 1–3 meters to global sea levels by 2300, and 2–5 meters by 2500. This, when added to the contributions from ice sheets in Greenland and West Antarctica, would threaten millions of people who live in coastal areas, worldwide.

“A key conclusion from our analysis is that the fate of the East Antarctic Ice Sheet remains very much in our hands,” said Professor Stokes. “Restricting global temperature increases to below the 2°C limit set by the Paris Climate Agreement should mean that we avoid the worst-case scenarios, or perhaps even halt the melting of the East Antarctic Ice Sheet, and therefore limit its impact on global sea level rise.”

According to the most recent Intergovernmental Panel on Climate Change (IPCC) report, published last year, global mean temperatures have already increased by about 1.1°C since pre-industrial times. However, if the target of the Paris Agreement of 2015 is met, and global warming is kept to well below 2°C, significant ice loss from East Antarctica could be reduced or even prevented, with the EAIS’s contribution to sea-level rise remaining below half a meter by 2500.

“We now have a very small window of opportunity to rapidly lower our greenhouse gas emissions, limit the rise in global temperatures and preserve the East Antarctic Ice Sheet,” said Professor Abram.

“Taking such action would not only protect the East Antarctic Ice Sheet, but also slow the melting of other major ice sheets such as Greenland and West Antarctica, which are more vulnerable and at higher risk. Therefore, it’s vitally important that countries achieve and strengthen their commitments to the Paris Agreement.”